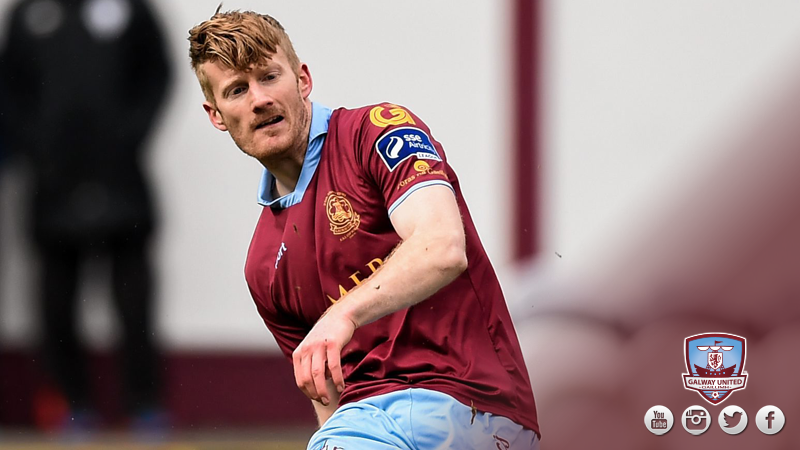 Galway United have kept three clean sheets out of three home league matches and Paul Sinnott has been central to United’s shutouts at Eamonn Deacy Park.

Perhaps the biggest test is yet to come for United and Sinnott acknowledges that Friday’s home game against Cork City will provide the Tribesmen with a different type of challenge.

“Looking ahead to the Cork City game, we spoke about in training, we need to be getting points off the top teams in the division. The likes of Cork City and Dundalk. That’s our aim.

“Just looking at Cork City’s squad this year, they’ve a fantastic bunch of players and Cork are always tough to play against. No matter what team you face. They’ll have high expectations of winning the league, they finished second twice, so we’ll have to prepare ourselves right and be mentally ready for the match.”

A massive improvement was sought in the off-season and Sinnott feels United players have stepped up to the mark.

“Improving on our defence is something we’ve looked at since last season. Looking back, we shipped too many goals, especially at home, our home record wasn’t great last year. It’s something we’ve focussed on, we want to be a more cohesive unit and stop leaking soft goals. I think we’ve done that so far, especially at home. Cork City coming here will be our biggest test to see can we do it against a top team.

“Even at this early stage of the season, we have to keep winning to stay in the bunch that are pushing away at the top. We want to be in that. The Cork City game, if we can win, we go five points ahead of them. They have a game in hand. It is important, it’s going to be massive, we need a big crowd at Eamonn Deacy Park to get behind the team and support every player.

“The squad Tommy has assembled, if you don’t do your job on the pitch, the next player will. That’s the way you’ve got to look at it. We’re all enjoying it, we’re winning games, that’s the best thing about football.”