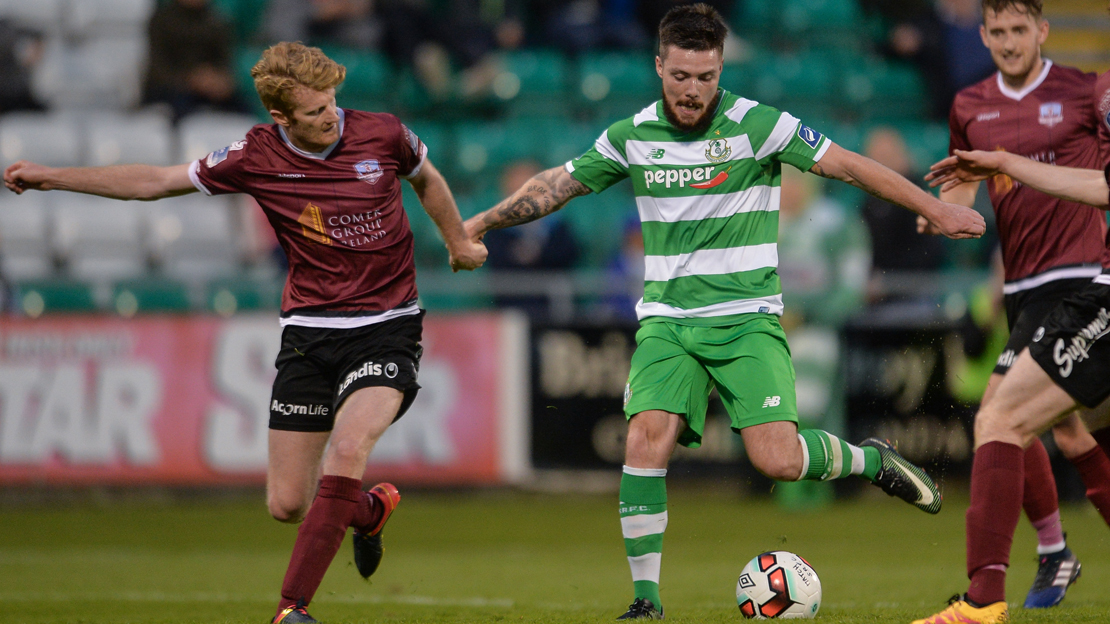 Paul Sinnott made his 200th competitive appearance for Galway United at Tallaght Stadium on Monday night.

Sinnott made swift progress with United’s underage side and he was promoted to the club’s first team in 2008, making his United debut on Friday April 25, 2008, coming on in the 41st minute for the injured John Lester in a 3-2 defeat at home to Bray Wanderers.

The 30-year-old began staking a claim for more regular first team involvement in the 2009 season when he vied for a starting place with Garry Breen and Shane Guthrie, but it wasn’t until the 2010 season that Sinnott become a first team regular.

Under Sean Connor, Sinnott established a solid partnership with Jamie McKenzie at the heart of United’s defence and he made 34 appearances. Sinnott continued to be a mainstay in United’s back four in the 2011 season also, making 39 appearances in total.

When Galway United were not granted a licence to complete in the League of Ireland in 2012 and 2013, Sinnott took a break from League of Ireland football in 2012, before joining Johnny Glynn’s Mervue United side in 2013 for one season.

When Galway United re-joined the league in 2014, Tommy Dunne made Sinnott club captain and he guided the Tribesmen to promotion through the Play-offs in the club’s first season back in the SSE Airtricity League, making 36 appearances along the way.

In 2015, Sinnott made 34 appearances, helping the club reach the EA SPORTS Cup Final, where United unfortunately lost out to St Patrick’s Athletic on penalties.

Sinnott continued to be an ever-present in United’s side in 2016, making 31 appearances, operating in defence and midfield.

Newly appointed Galway United boss Shane Keegan renewed Sinnott’s contract with the club for the 2017 season, taking him into his 8th season with his hometown club.

Thank you to Keith Kelly from the Connacht Tribune for stats.