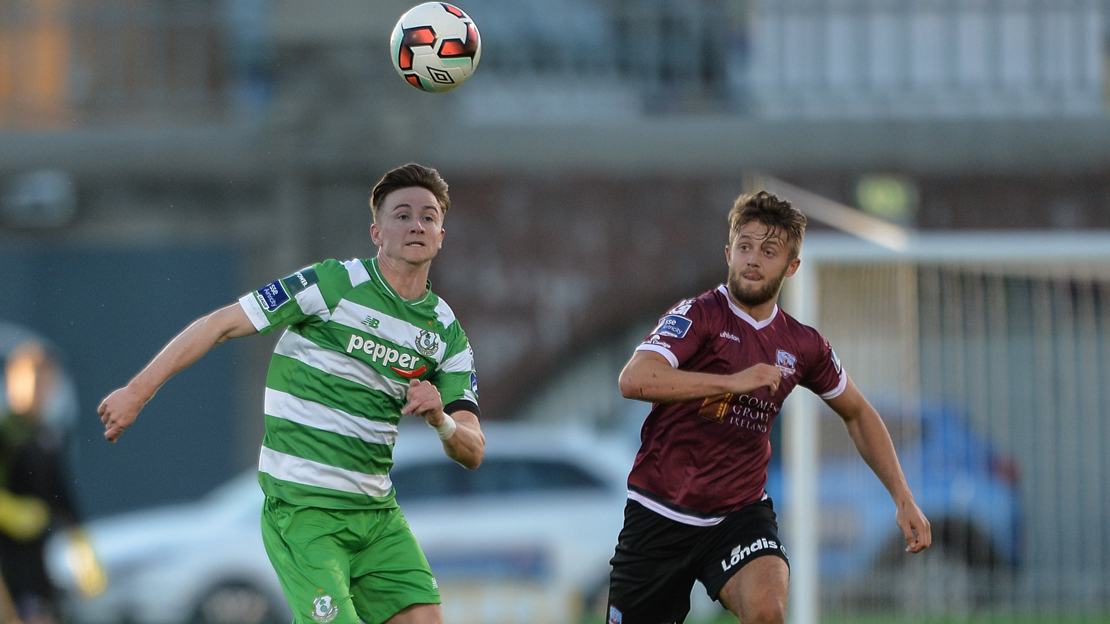 Galway United’s run of nine consecutive games unbeaten came to an end at Tallaght Stadium tonight as Stephen Bradley’s Shamrock Rovers ran out deserved 2-0 winners, with a goal in each half from Gary Shaw and Brandon Miele.

It was a milestone match for United’s Paul Sinnott, as he lined out for the Tribesmen for the 200th time.

A quiet opening period saw both teams settling in, with the Hoops having most of the possession. In the 18th minute, Colm Horgan crossed towards Padraic Cunningham in the area, but his difficult headed effort with his back to goal went harmlessly wide.

A few minutes later, Brandon Miele set up Graham Burke from the left, who shot from just outside the box, but it rolled wide.

Padraic Cunningham held the ball up well on the right before slipping it inside to Kevin Devaney, who let it run across his body before shooting, but Daniel Devine got across to block it down.

Just after the half-hour, Simon Madden made a run up the right, before driving a low cross to the near post, which was met by Gary Shaw, but he couldn’t put it on target. United gave up possession in their own half and Rovers worked it towards Miele, who set himself before shooting with his right, but Winn was equal to the effort.

Less than ten minutes from the break, the home side took the lead. A Luke Byrne cross from the left eventually found its way to Gary Shaw in the box, who volleyed it into the far right corner of the net from 12 yards.

Gary Shanahan flashed a left-footed half-volley wide of the post when Colm Horgan’s free-kick fell to him inside the area.

Rovers wasted no time getting straight back into it after the break, as Graham Burke ghosted past two United defenders before unleashing a shot that was mere inches wide of Winn’s post. A cross from Graham Burke created a big chance for the hosts, as Gary Shaw rose to head it, but it was just over the right-hand post from 12 yards. 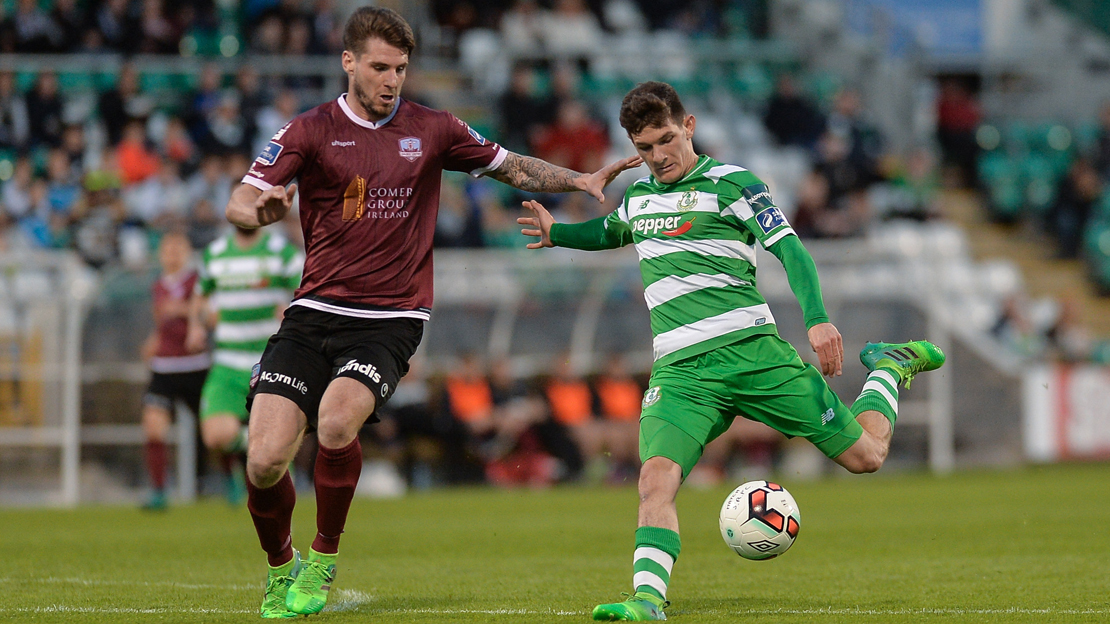 Just as Ronan Finn was about to unleash a shot, it was taken off his toe, but the ball rolled to Graham Burke, who smashed a shot that went wide of the post. Clarke latched onto a long Chencinski clearance before Folan could get to it and let fly with a low, powerful shot that Winn did well to save.

Midway through the second half, Shamrock Rovers doubled their lead. Brandon Miele cut inside from the right wing to receive the ball from Graham Burke on the edge of the box, before firing powerfully past Winn.

Kevin Devaney twisted and turned 25 yards from goal before unleashing a powerful drive that Tomer Chencinski was forced to tip over. Soon after, Gavan Holohan drove into the box, before being dispossessed, but the ball fell to Lee Grace, who had a snapshot that flew well over the crossbar.

Ten minutes from time, Brandon Miele struck the foot of the post after Shamrock Rovers caught United with a swift counter-attack.

Padraic Cunningham took the ball down on his chest before turning and shooting, but there wasn’t enough power on it to trouble Chencinski.

Shane Keegan’s United side now look towards Eamonn Deacy Park on Friday night as they take on Bohemians in a hugely important clash for the Tribesmen. Kick-off 7.45pm.