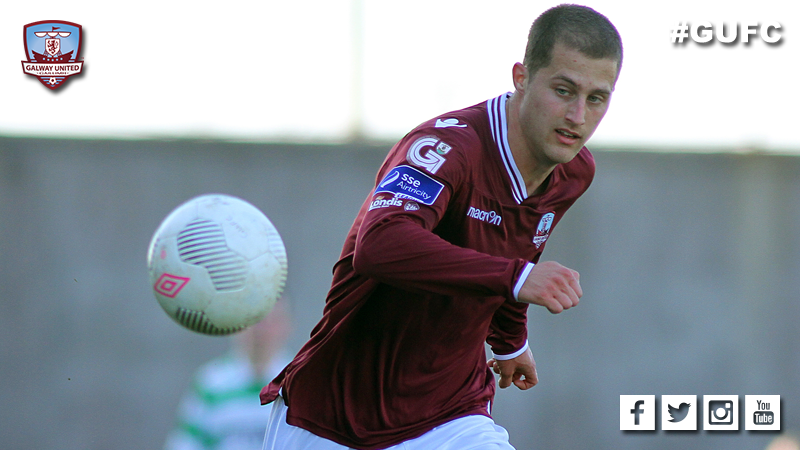 Galway United welcome Sligo Rovers to Eamonn Deacy Park on Friday evening for the first all-Connacht clash of the season. Kick off: 7.45pm.

Galway United will be keen to create some momentum after defeating Cockhill Celtic 4-2 at Eamonn Deacy Park on Monday afternoon, securing safe passage into the quarter finals of the EA SPORTS Cup.

Despite the positive result, United’s injury list has lengthened and the return to league action sees a number of suspensions being served for the visit of the Bit o’ Red.

“When Galway play Sligo it’s always a big game and Friday will be no different,” Dunne said.

“Both clubs are in a similar position in the league so it’s a big game but everybody is looking forward to it.

“We’re under no illusions about how tough it will be. I think Sligo will be well up for the game. They’ll be expectant and they’ll be pushing hard to secure a result.

Dunne has a number of injury and suspension to contend with heading into Friday’s game against Owen Heary’s side.

“We’re down quite a few bodies at the moment and it’s not ideal.

“Andy O’Connell is out, Kilian Cantwell is still out, there’s quite a few missing. Sam Oji is still suspended, as is Marc Ludden,” the Dubliner added.

“From that aspect, it’s really testing the group and also too they’re out for a number of weeks which is really stretching us but that’s why you put a squad together and the boys that are there will step up to the mark, I’ve no doubt about that.”

Dunne was pleased with the result and performance against Cockhill Celtic and he is hoping his players can pick up another result on Friday night.

“It was nice that the Cockhill game came so quickly after the Shamrock Rovers game.

“We were a bit slow to start but once we got into our stride I think we were well worth the win in the end.

“Now we’ve got to bring that form into the league. We know the tempo and level of the match will be different against Sligo on Friday but it should be good. Both sets of fans are looking forward to the game and I do think it’ll be a really good atmosphere on the day.”

“I’m looking forward to playing on front of our home crowd, we need the three points and everybody seems to be buzzing around the training ground this morning so hopefully we can get the win.

“We knew Cockhill Celtic could be a banana skin if we didn’t get our heads on right but now we’re looking to build on that result and there’s no better time to do it than in a derby game.

“We’re hoping we can generate the same sort of atmosphere as we had at the end of last season. We need to get back to winning ways and getting points on the board. I know it’s a derby game but at the same time it’s just another game of football and we just have to concentrate on winning it and getting the three points.”

Andy O’Connell (ankle) took a heavy knock against Cockhill Celtic and is ruled out indefinitely.

Jason Molloy will be out of contention for at least a month with a broken toe sustained against Shamrock Rovers.

Kilian Cantwell (knee) and Aaron McDonagh (knee) are both continuing their rehabilitation and are likely to out of action for a few more weeks.