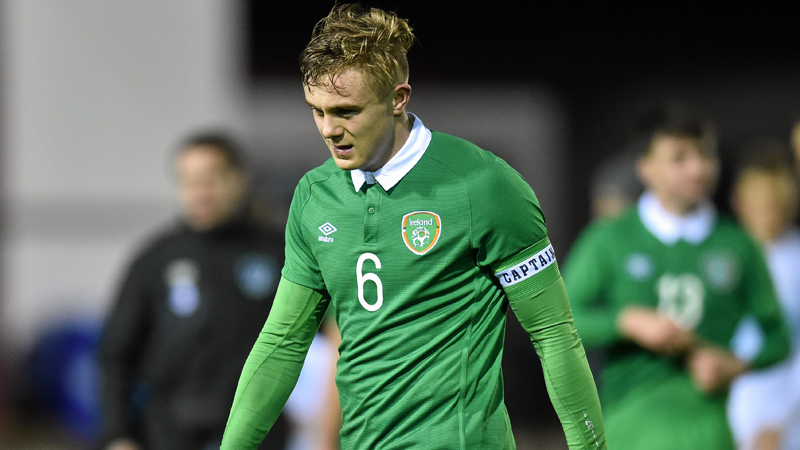 The Republic of Ireland opened their UEFA European U19 Championship campaign with a 1-0 loss against Slovenia at Eamonn Deacy Park.

The visitors scored from their only shot on target in the 32nd minute. Ireland were caught on the counter-attack and Mika Rokavec shot across Ireland goalkeeper James Talbot into the bottom corner.

Ireland upped the intensity in the second half and the Slovenians sat deep, inviting pressure from Paul Doolin’s side.

Waterford United midfielder Ethan Boyle smashed a powerful effort from 25 yards, which took a deflection, but Vodisek pulled off an impressive save.

Substitute Connor Ronan and Dylan Watts combined for Ireland before the latter curled a shot narrowly wide of the upright.

Stephen Best hung a cross to the back-post where QPR winger Olamide Shodipo attacked the ball but he couldn’t steer his effort on target.

Frankie Mulhern had the ball in the net with 5 minutes to go but the goal was ruled out because of an infringement on Vodisek.

Despite late pressure from Ireland, Slovenia held on for a valuable win. Ireland must now win against Latvia at Eamonn Deacy Park on Sunday night. Kick-off: 7.30pm.