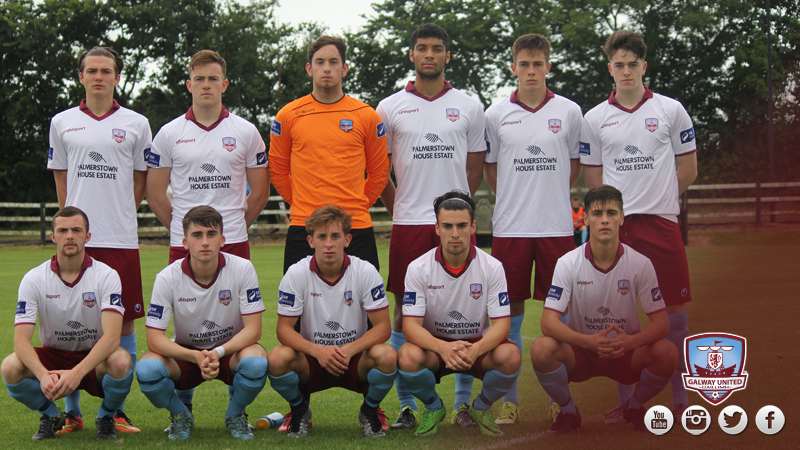 Galway United under-19s secured a deserved win at Ferrycarrig Park on Saturday afternoon, but they were made wait until the 90th minute by a resolute Wexford Youths side.

For a third match in-a-row, United went behind first, before staging a comeback in each game and eventually going on to win all three.

Dean George fired past Pat McHale in the first half to give the Youths the lead going in at half time.

The second half saw a much more purposeful United side attack the hosts, and they took the game to Wexford Youths early in the half.

Andrew Connolly was upended in the box and he stepped up to take the spot-kick, but Youths ‘keeper Corey Chambers produced an excellent save to bat Connolly’s penalty away.

United’s top scorer continued to pressure and probe, and he grabbed his 13th goal of the season with 10 minutes to go on the clock. Connolly drove at Wexford Youth’s backline before beating Chambers at his near post.

The three points were secured on the stroke of 90 minutes when Aaron Conway rose highest in the box to power a free-kick home and secure another vital win for Johnny Glynn’s side.