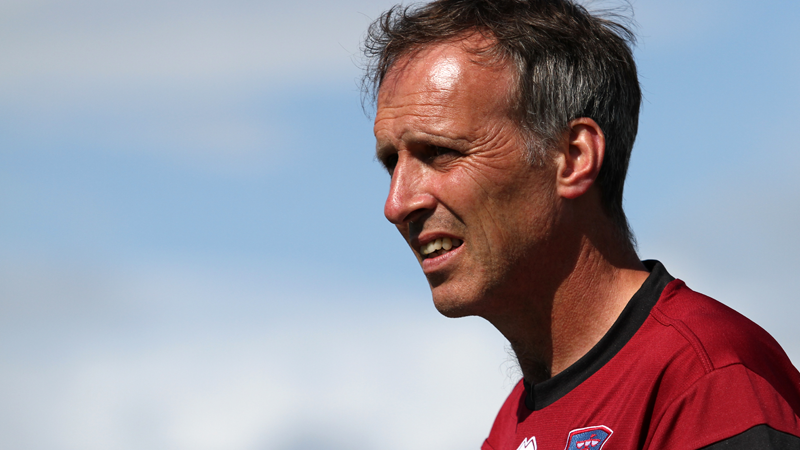 United’s season commenced with an unfortunate home loss against Shamrock Rovers, while Shelbourne came from behind against their Dublin rivals Bohemians to win 3-2.

United U19 boss Johnny Glynn spoke to www.galwayunitedfc.ie after training on Monday evening.

“The positives for us is obviously that we don’t have time to think about the Shamrock Rovers game, we have to move on,” Glynn explained.

“We’ve no injuries ahead of the game. I think we’ll be fine. We have a good squad, we got four substitutes on against Shamrock Rovers so we’ll have plenty of fresh legs against Shelbourne.”

Glynn’s young side have very little time to recover after their energy sapping season opener against Shamrock Rovers and he hinted that there might be some changes in the offing at Tolka Park.

“We’re looking at changing it around a little bit, we did a bit in training today and myself and the coaching staff will discuss it on the way to Dublin and make some final decisions.

“It’s hard to judge these games, Shelbourne won their opening game against Bohemians, I don’t have much information on them as of yet, but I’m expecting a tough challenge at Tolka Park.

“We have two games in three days, then we don’t play again for 11 or 12 days, it’s like an extension of pre-season. We’ll get through these games and then review where we are as a group and we’ll have a good idea of what we need to be successful in our league.”

TEAM NEWS
Galway United have no injury concerns ahead of the Shelbourne game.

Conor Melody and Maurice Nugent both miss out due to suspension.