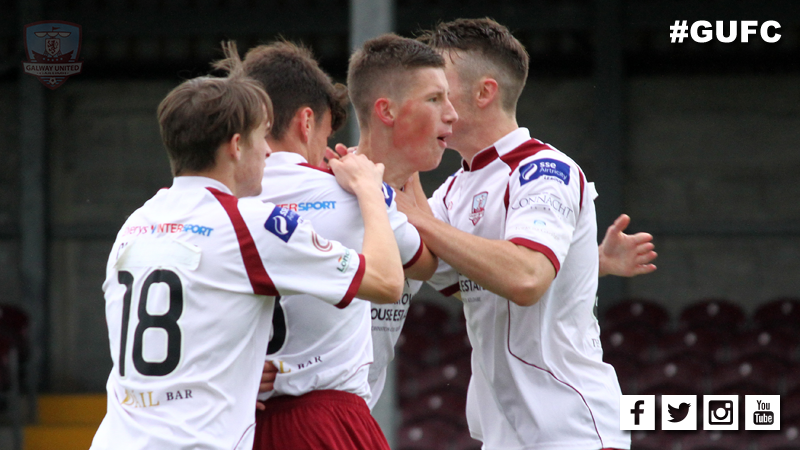 Ten man Galway United were defeated in their opening SSE Airtricity U19 National League game of the season at home to Shamrock Rovers.

Shamrock Rovers took the lead thanks to a spectacular strike from Dean Kivlehan in the 74th minute.

United substitute Joe MaClean then levelled matters when he muscled his way through on goal before finishing calmly.

In the 88th minute, Shamrock Rovers were awarded a penalty for a handball by Aran McConnell. Sean Boyd saw his penalty saved by Kevin Horgan but Rovers captain Eoghan Morgan pounced on the loose ball and he squeezed the ball past Horgan.