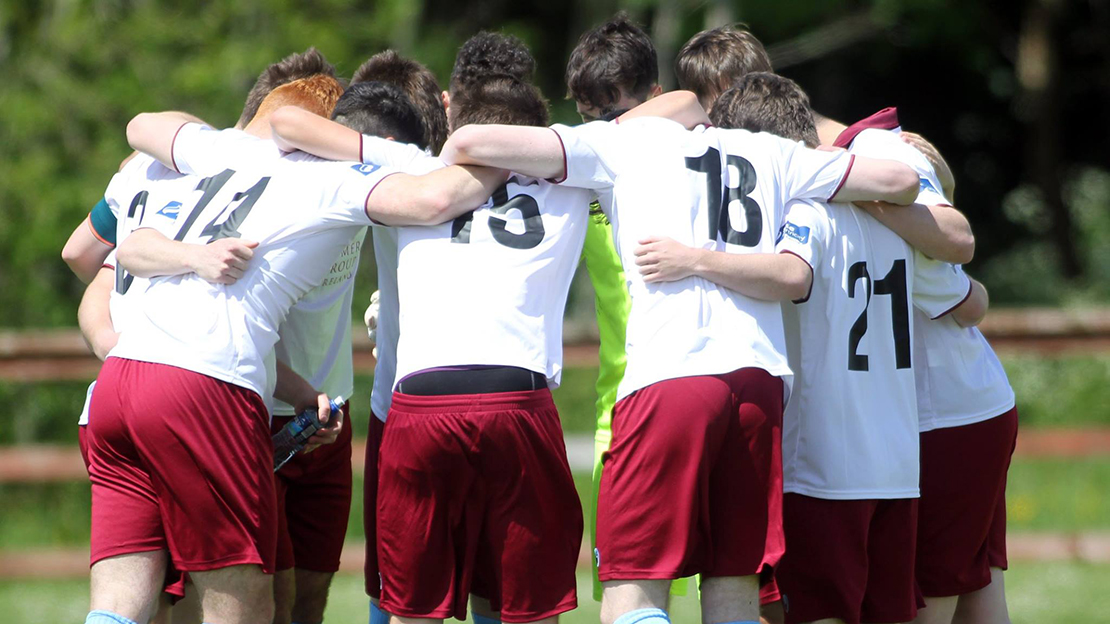 Galway United under-19s kicked-off their season with a comfortable 2-0 away to Cabinteely last week. Conor Layng and Wilson Waweru grabbed the goals.

A squad of 22 has been signed for 2018, with all but four players re-signing from within the club.

Lee Keogh and Aaron Molloy join from Mervue United, while Conor Layng, who has also signed for our first team, arrives from Athlone Town. Sean Hughes is a central midfielder who has signed from Drogheda United.

Eight of last year’s squad have re-signed for 2018, as well as ten of last year’s under-17 squad who reached the league semi-final, have also made the step up.

Summaries for each member of our under-19 squad can be found below.

Aaron Leggett joined Galway United in 2017 from Athenry FC and the centre-back was an ever-present in Nigel Keady’s side, partnering Maurice Nugent for much of the season at the heart of United’s defence.

Cian Mulryan is a promising young goalkeeper who established himself as a regular in Nigel Keady’s side towards the end of the 2017 season. Cian will compete with Mark Greaney for the number one jersey in 2018.

Gary Matthews joined Galway United midway through the 2017 season and featured mostly at the heart of United’s defence, but is also comfortable playing as a striker.

Evan Reen comes into his second season at Galway United, he’s comfortable playing as a left-back or being pushed on as a left winger and Evan is always looking to get forward, supporting attacks.

Evan Coyne is a technically excellent player who can play on either flank or through the middle. Evan will hope to continue to impress in 2018 and has trained with the first team on a number of occasions.

Sean Hughes is a central midfielder who arrives from Drogheda United who is comfortable playing in a holding role, but can also play further up the pitch, if required.

Christopher Horgan captains United’s under-19s in 2018. The right-full follows in the footsteps of his brother Colm. The tenacious defender is coming into his second season with our under-19 team.

Ronan Asgari featured at under-19 level last year alongside Adam Rooney in an impressive away win against Cork City. The tough tackling central midfielder will bring an added bite to Nigel Keady’s side.

Joshua Keane Quinlivan shone in 2017 for United’s under-17 side, dazzling with his skill and array of passing. The midfielder is deadly from set pieces and scored a few crackers for Alan Murphy’s side. Keane Quinlivan scored 8 times in 22 appearances.

Mark Greaney was a consistent performer between the sticks during United’s under-17 campaign last year. The commanding goalkeeper is an excellent shot-stopper, who instils confidence in his defence.

Calym Crowe captained United’s under-17 side last season and was an integral member of the squad, making 21 appearances and scoring 5 goals. Crowe is an assured defender, who gives little away and is a danger in the opposition’s box.

Harry Rogers scored an impressive 10 goals in 21 appearances for our under-17 team last year. Harry’s power, hold up play and cool finishing made him a difficult opponent for defenders to deal with.

Cillian Doyle formed a rock-solid partnership alongside Adam Rooney at centre-half last season at under-17 level. Doyle is a ball-playing centre half, who reads the game well.

Joseph Thompson showed his versatility last season, playing left-back and left-wing effectively and was a regular in United’s league run-in and play-off games.

Caoilfhionn O’Dea joined United’s under-17s last season from Clare side Newmarket Celtic and he was an important cog in Alan Murphy’s side. The central midfielder made 21 appearances, scoring 2 goals.

Wilson Waweru is comfortable playing anywhere in the final third of the pitch. Waweru chipped in with an impressive tally of 9 goals at under-17 level last year, the skilful attacker often played behind Harry Rogers and the two players developed a good understanding.

Mikey Whelan comes into his third season with our under-19 team. The versatile defender from Ennis is comfortable playing anywhere across the back four and after enduring an injury hit 2017 season, will be looking to establish himself as a regular again in 2018.

Matthew Barrett joined United midway through the 2017 season from Maree Oranmore and made an instant impression. The pacey, direct winger scored his first goal for the club against Bray Wanderers.

Aaron Molloy moves to United from Mervue United. Molloy is a number 9 who impressed while playing underage football. He will aim to lead the line for United along with Harry Rogers, Wilson Waweru and Conor Layng.

Lee Keogh is a wide player who joins from Mervue United. The tricky winger is the son of former Galway United winger Ollie Keogh.

Adam Rooney, now also a first team member, made 21 appearances for United’s under-17 side last season, scoring 5 goals. Rooney is aggressive attacking the ball in both boxes and very comfortable on the ball. It was no surprise to see the commanding defender called up to the Irish Schools side.

Conor Layng, who is also a member of our first team, joined United from Athlone Town in the off-season. The promising striker impressed for Athlone Town’s under-19 side as well as the Irish School’s side.