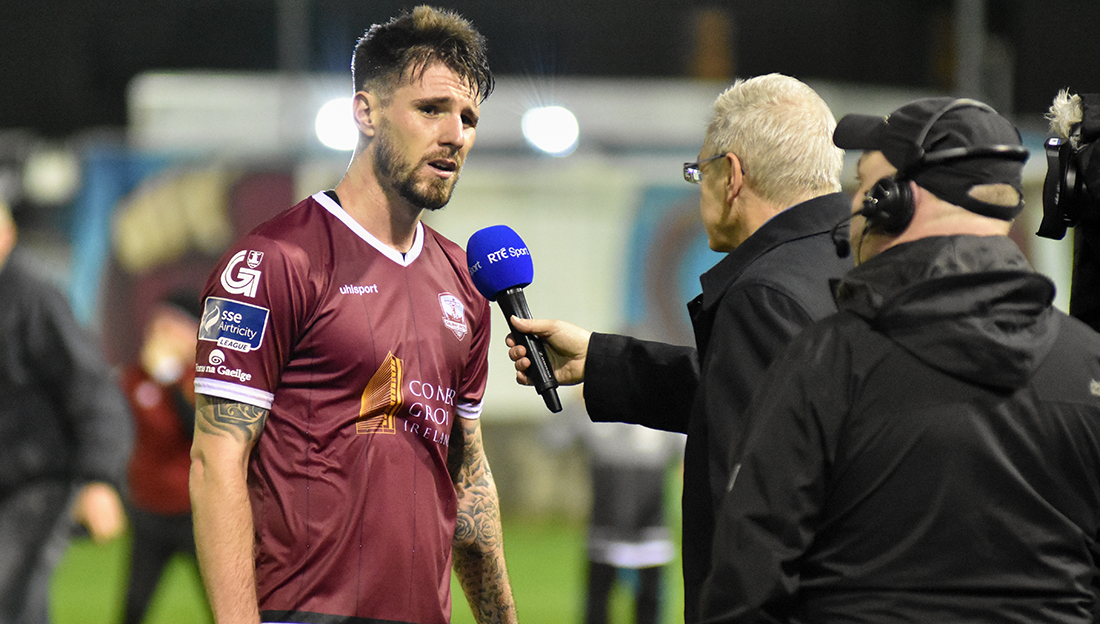 Galway United’s relegation to the First Division was confirmed on the final night of the season when the Tribesmen lost 4-3 to Dundalk at Eamonn Deacy Park.

Stephen Folan notched his fifth goal of the season, but Dundalk rallied and went into the half time break with a 3-1 lead. United fought back valiantly in the second half, getting back to 3-3 thanks to goals from Rory Hale and Ronan Murray, but Michael Duffy sealed the win for Dundalk in injury time.

The result ultimately didn’t matter as both St Patrick’s Athletic and Sligo Rovers secured the point that they required to ensure survival in the Premier Division.

Stephen Folan threatened early on when he directed Kevin Devaney’s corner on target, but his header was blocked down.

The act was repeated when Marc Ludden rose in the box to meet Devaney’s corner. Ludden’s header rebounded to Folan, who fired the ball into the roof of the net.

Dundalk’s response was immediate. After a scramble in the box, defender Niclas Vemmelund scrambled the ball into the back of the net.

Another well-worked corner routine from United almost delivered another goal. This time there was a slight variation, Marc Ludden went short to Ronan Murray, who made a clean, first time connection with the ball, but his shot was too powerful and cleared Gary Rogers crossbar.

Patrick McEleney then found David McMillan with a fantastic pass from deep in midfield, the striker took the ball under control before blazing over, giving United a real let off.

McEleney was then denied by an impressive Conor Winn save five minutes before the interval. The midfield picked up possession at the edge of the box and he curled the ball towards the top corner but Winn was equal to his effort.

Dundalk grabbed two more first half goals right on the stroke of half time. Dane Massey found Jamie McGrath in acres of space in the box and he had time to turn and pick his spot, firing into the far corner.

Then Patrick McEleney finished off a counter-attack for the away side with a chip that left Conor Winn stranded.

United gave everything in the second half to catch the Lilywhites and Rory Hale gave the hosts some hope early in the second half when he ran onto Eoin McCormack’s exquisite flick-on. The Belfast midfielder composed himself before smashing the ball into the corner.

United poured forward, encouraged by the 2,214 supporters in attendance. Substitute Padraic Cunningham went within inches, but his header crashed off the post.

The comeback was complete when Ronan Murray’s sweet volley beat Gary Rogers at his near post, but parity was short-lived.

Michael Duffy sealed the win for Dundalk in injury time when he turned the ball home at the back post, a goal which silenced Eamonn Deacy Park and confirmed the club’s relegation to the First Division.