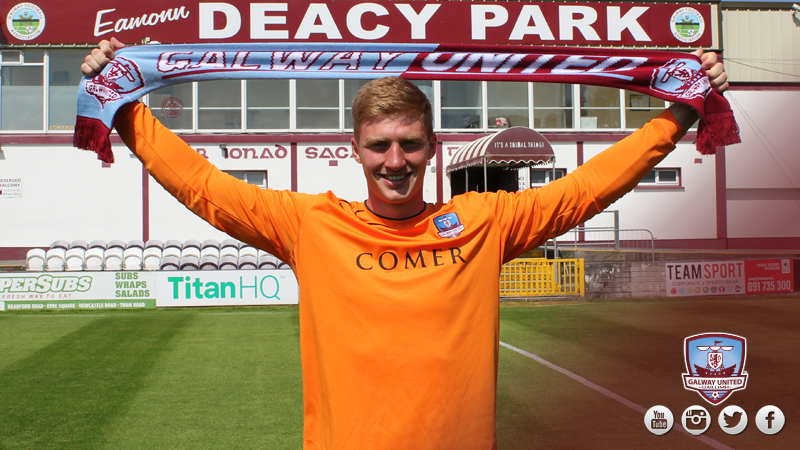 Galway United are delighted to announce the signing of goalkeeper Sam Ramsbottom.

Ramsbottom has penned a deal at Eamonn Deacy Park until the end of the 2016 SSE Airtricity League season.

The twenty-year-old joins the Tribesmen from Tranmere Rovers.

Ramsbottom, a native of Greasby in Merseyside, joined the Prenton Park outfit at the age of seven and since signing as a professional has had loan spells with Burscough, Droylsden, Bootle and Witton Albion.

Shortly after putting pen-to-paper at Eamonn Deacy Park, the 6’5 English goalkeeper spoke about his delight at concluding the deal and his eagerness to get underway on Corribside.

“It’s the off-season in England, I’ve obviously been talking to various clubs, then the gaffer here rang me and asked me would I be interested in coming over,” he explained.

“I came for a week and trained, the sessions were good and I liked it. It was a nice fit for me.

“I want to come and play games, and most of all, I want to help Galway United to get into the Europa League positions.

“It was too good of an opportunity to pass up on. I’m 20 years of age, you’re going to move on at some stage, I felt the time was right after leaving Tranmere.

“I’ve integrated well into the group and the boys have taken a shine to me which is great. My mind is on Wexford Youths on Friday now, it’s a big three points.”

Ramsbottom will wear the number 25 jersey for Galway United. 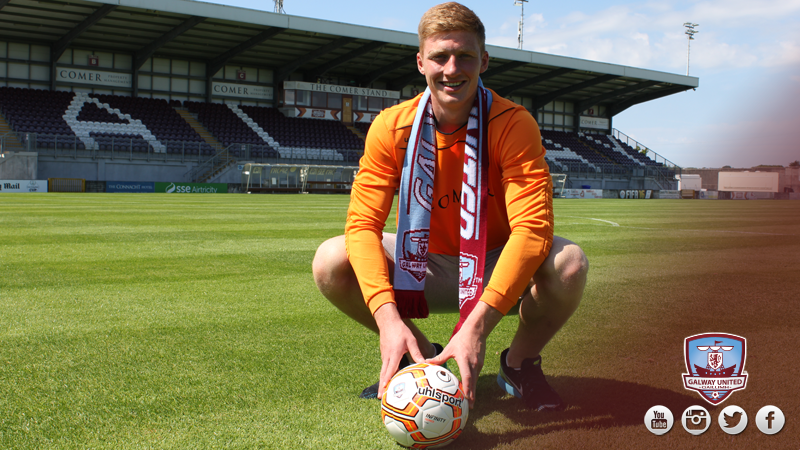 Tommy Dunne has been impressed with Ramsbottom’s attitude and application in training and he’s hoping the Liverpudlian will provide stern competition for Conor Winn.

“For this club to step forward, we need to have professional players playing. We’re always trying to push and make sure we get as much competition in each position as possible, because it brings out the best in people.

“Sam is our first addition in the July window, but I’m working hard on bringing in hopefully two more players to strengthen the squad.”