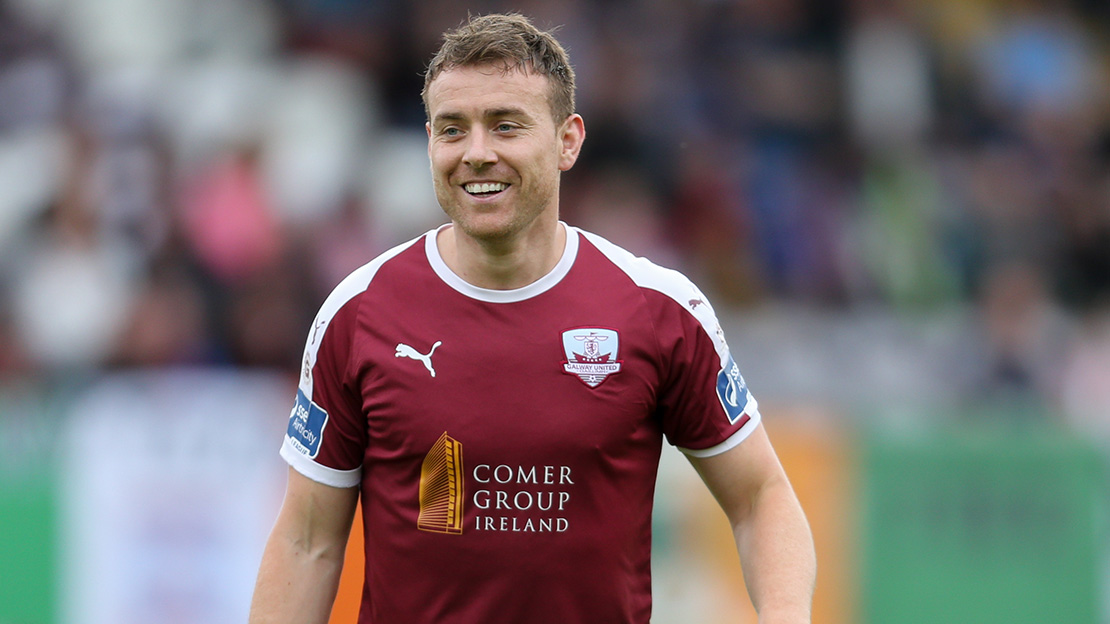 Vinny Faherty has announced his retirement from professional football.

The 33-year-old striker decided to hang his boots up after 14 seasons.

Faherty made over 200 appearances for his hometown club, finishing on just shy of 50 goals for the Eamonn Deacy Park club.

The Moycullen man also had spells in the League of Ireland with St. Patrick’s Athletic, Sligo Rovers, Limerick and Dundalk, but he has brought the curtain down on a memorable career by finishing up with the club he supported as a boy.

A gentleman on and off the pitch, we wish Vinny well and thank him for his service to Galway United. We look forward to welcoming you back to Eamonn Deacy Park in the near future.

“After 14 seasons it’s time to hang up the boots. I never thought as a 6 year old going to Galway United games that I’d ever have the opportunity to represent the club at the highest level in the country. The fact that I got to do it so often and finish as the 3rd highest goal scorer in the clubs history is definitely something I never could have imagined. I’d like to thank everyone along the way that helped me achieve that.

“I’d also like to thank everyone at Galway United, St Pats, Dundalk, Limerick and Sligo Rovers for being so incredibly accommodating and welcoming and especially Stephen Kenny, Jeff Kenna, Shane Keegan, Tony Cousins, Pete Mahon, Liam Buckley, Tommy Dunne, Ian Foster, Ger Lyttle, Alan Murphy, Martin Russell and John Caulfield for allowing me to be a part of your teams. It was always a huge privilege. A big thanks to all the fans at each club who have always been incredibly welcoming, it’s genuinely been an absolute pleasure. Lastly, thank you to all my teammates who made coming in every day so enjoyable. This is the part I will miss the most.

“I now get to look forward to heading up the Dyke Road on Friday nights as a fan again to cheer on United!”