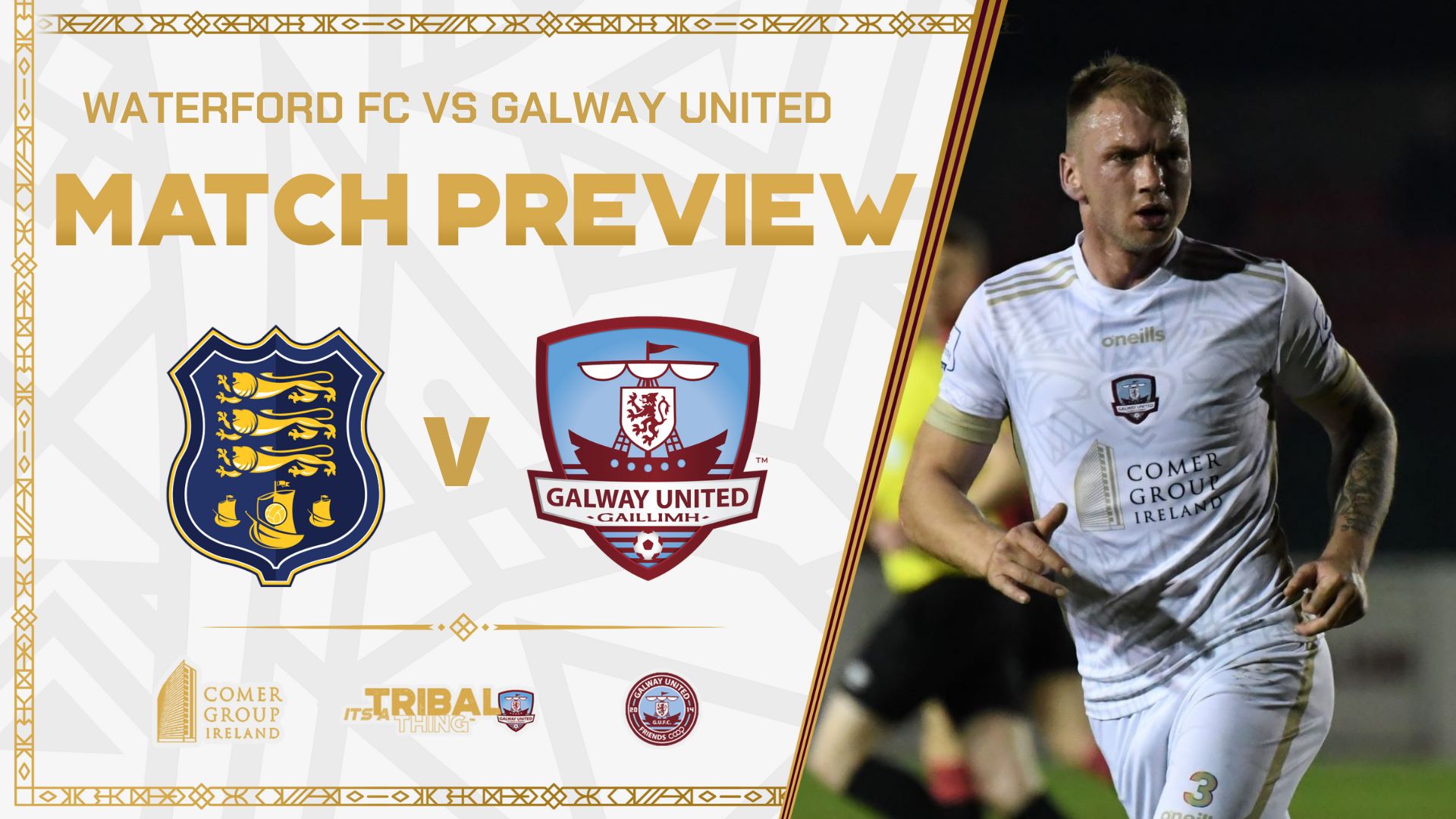 Galway United travel to the RSC to take on Waterford FC in the First Division this Friday – Kick-off is at 7.45pm.

United will aim to extend their unbeaten run this week following their 2-2 draw with Wexford FC at Eamonn Deacy Park last Friday. Rob Manley put the Tribesmen in front before former United man Conor Barry scored twice in four minutes to give Ian Ryan’s outfit the lead. The ever-reliable Stephen Walsh scored the equaliser for John Caulfield’s side in the second half to earn a point.

The Tribesmen are now three points off table-toppers Cork City going into this Friday’s fixture against the Blues who are in third place on the table, nine points adrift of United. Supporters bus tickets for Waterford (A) are available to purchase HERE

United manager John Caulfield is expecting a close encounter at the RSC.

“It is a very big game on Friday, Waterford are still in contention for automatic promotion,” Caulfield told the club’s media team.

“We are in the business end of the season now. Waterford have had some impressive wins lately, knocking St Pat’s out of the cup and beating Treaty United in the league last week.

“We know it is going to be a tight game but our form has been good so we need to put in our best performance.”