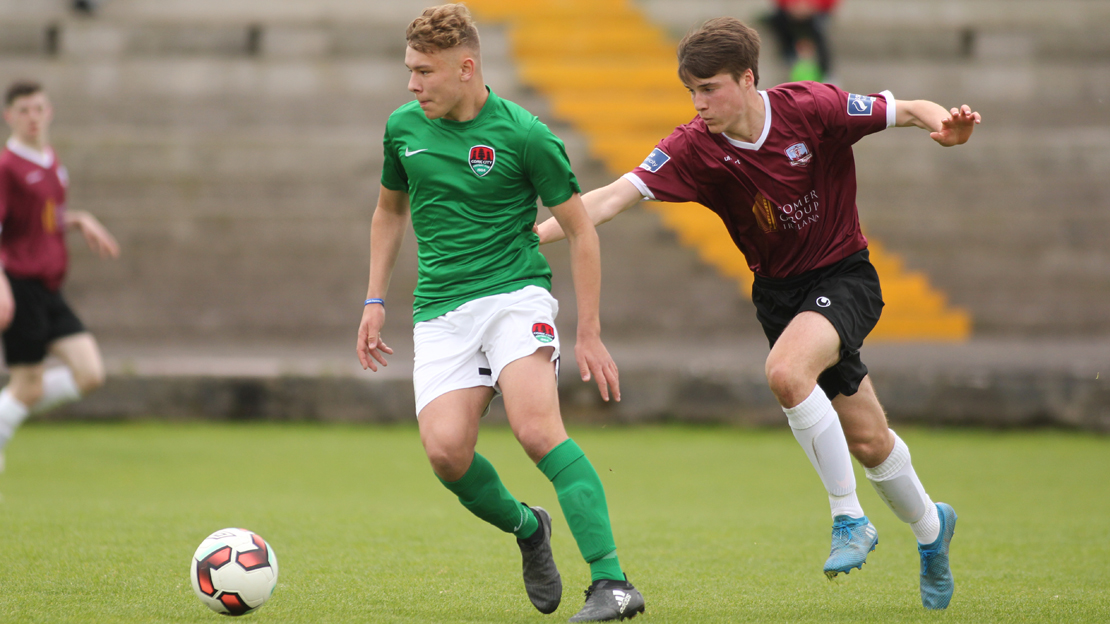 Galway United under-17’s moved up to second place in the league table with a hard earned 1-0 win against Cork City at Bishopstown.

Since United suffered a heavy defeat away to Waterford FC, two away wins have been secured, against UCD and Cork City.

The match defining moment at Bishopstown came midway through the second half, Joshua Keane-Quinlivan whipped in a free-kick that was not dealt with by the Cork City rearguard and Cillian Doyle was quickest to react, heading past Cork City goalkeeper Alan Kelleher from close range.

Harry Rogers, who had a 4 goal haul after only 3 appearances for United, was desperately unlucky not to open the scoring in spectacular style in the first half. The striker saw his bicycle kick clip off the post and rebound off Alan Kelleher. 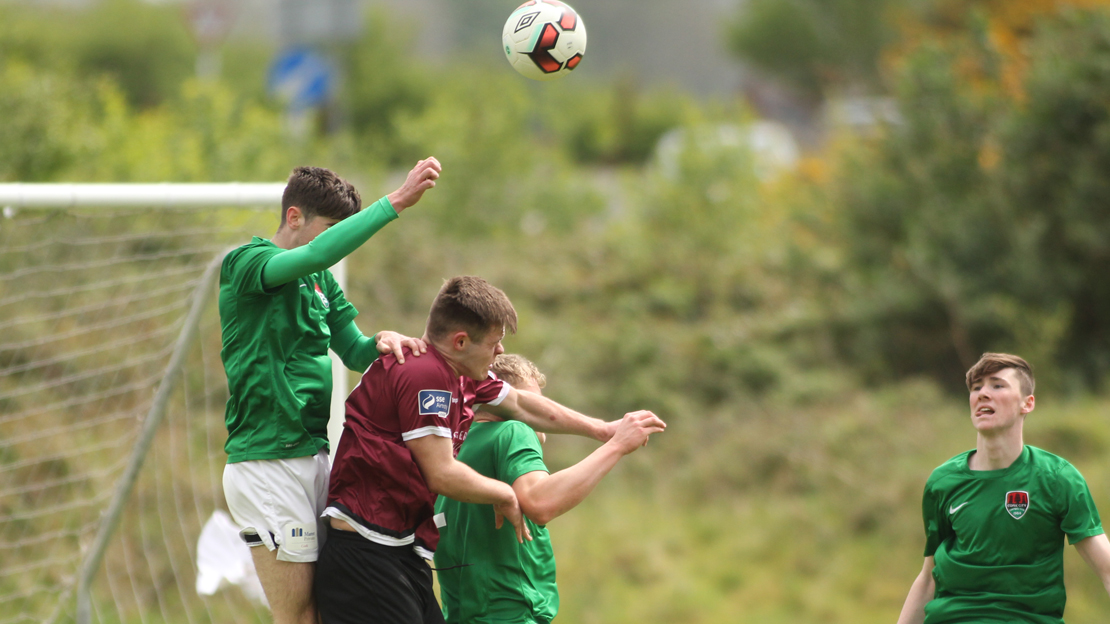 In a game of few clear-cut chances, Galway United goalkeeper Mark Greaney was forced into an impressive reflex save when Cork City midfielder Daniel Djomo ghosted in at the back post, getting on the end of an angled cross, however his goalbound effort was palmed over the crossbar by Greaney.

Cork City ventured forward in search of a leveller but it never arrived, United’s backline were commanding and gave little away in the closing moments.

Next up for the Tribesmen is a trip to the City Calling Stadium on Wednesday, May 3rd, to face Longford Town in the under-17 Cup.