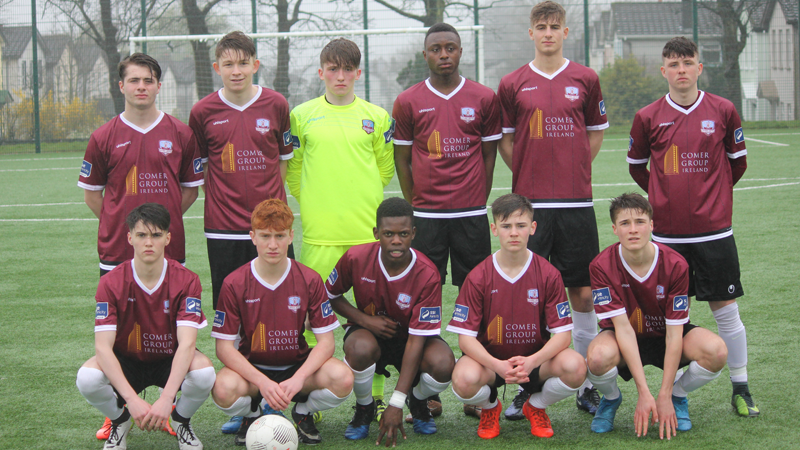 Galway United under-17’s began their 2017 campaign with a 4-0 win against Kerry District League.

In difficult conditions, both sides struggled to create many chances of note in the first half. Just before the break, Joshua Keane Quinlivan gathered possession before driving towards goal and unleashing a low drive that was out of the reach of Kerry goalkeeper Alex O’Connor and the ball nestled in the bottom corner.

United, who were playing with the wind in the second half, took control of the game thereafter and added three goals.

Quinlivan turned provider, finding Calym Crowe who peeled away at the front post and he toe poked the ball goalward and there was enough power on it to double United’s lead.

United’s third goal was scored in similar fashion, however this time it was centre-half Cillian Doyle who benefited from a driven set-piece from Harry O’Gorman and he turned the ball home at the near post.

Substitute Harry Rogers added a fourth goal with a well-measured lob after he was played through on goal.