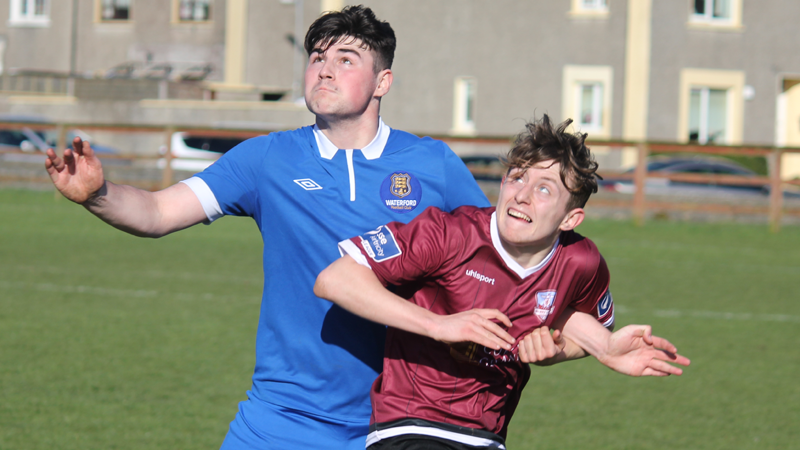 Nigel Keady’s reign as Galway United under-19 manager began with a 1-1 draw against Waterford FC at East United Grounds.

Cathal Carney, who moved to Galway United from Sligo Rovers in the off-season, drew a save from Waterford FC goalkeeper Paul Martin.

United and Waterford continued to trade blows in the first half, with Wall going close for the Blues once again and Declan Sharkey toe-poked narrowly wide from close range.

The only goal of the half was scored by Evan Coyne, who twisted and turned inside the box before firing into the roof of the net to give the home side a lead at the break.

Waterford fought back in the second half and they had the majority of possession and territory in United’s half.

Declan Sharkey however was inches from doubling the home side’s lead when he unleashed a long range drive that cracked off the crossbar.

Waterford did pull themselves back on level terms with five minutes remaining. Sean Roche latched onto Shane Griffin’s corner kick and he made no mistake from close range.