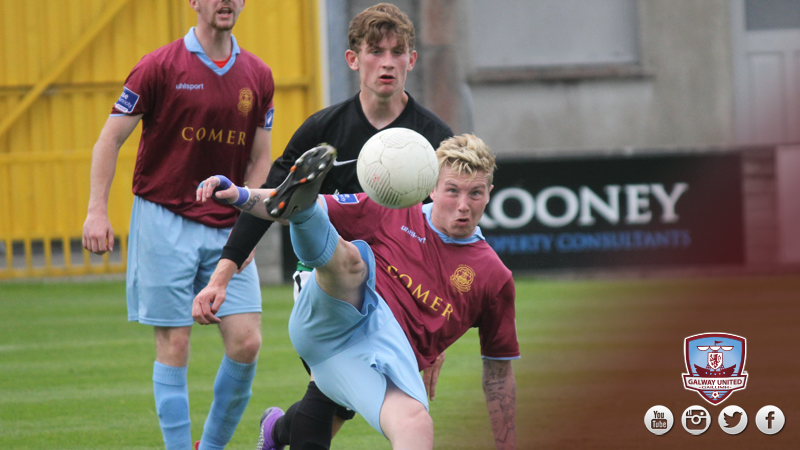 Johnny Glynn’s side continued their astounding run of form, scoring twice in either half to run out comfortable winners at the Dyke Road venue.

A win against the Seagulls would have confirmed United’s place in the league playoffs and Josh Marvesley settled the nerves at Eamonn Deacy Park when he pounced on a defensive mix-up at the back by Bray Wanderers to open the scoring.

Gary Kinneen’s in-swinging corner was prodded towards goal by Robert Spelman in the 26th minute and Maurice Nugent applied the finishing touch to give the Tribesmen some breathing space.

Bray Wanderers made a strong start to the second half and they pulled a goal back with two minutes gone, Matthew Keogh’s diving header beat Kevin Horgan.

Maurice Nugent opened up a two goal gap after the hour mark when he met Robert Spelman’s free-kick with a bullet header into the back of the net.

Josh Marvesley was gifted a second goal of the night when Bray Wanderers’ keeper Ronan Byrne dropped the ball and Marvesley had the simple task of rolling the ball into the empty net.

United conclude the under-19 season with an away game against Waterford United, then attentions turn to the impending playoff match to come.