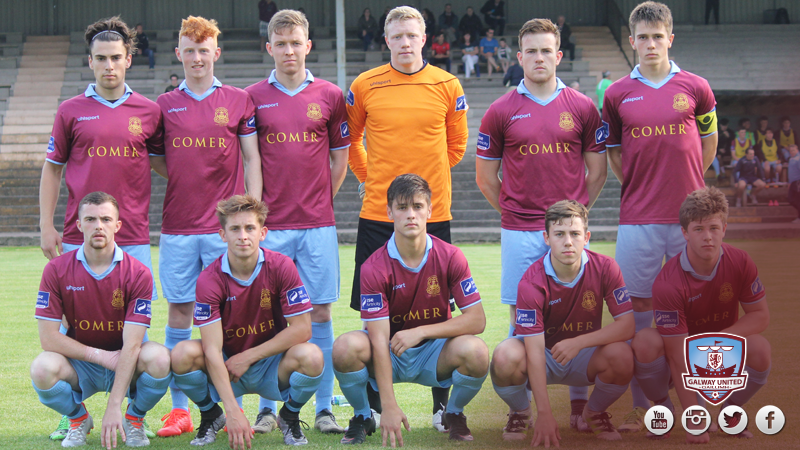 Galway United under-19s can book a place in the top four of the Southern Elite Division with a win against Bray Wanderers on Saturday.

United face the Seagulls at Eamonn Deacy Park and kick-off is at 2.00pm.

In their most recent meeting, United stunned Bray Wanderers at the Carlisle Grounds, coming from behind to win 3-2 after going in 2-0 down at the half time interval.

United’s phenomenal form since the start of May has seen them leapfrog Limerick and a win in either of their final two league games against Bray Wanderers or Waterford United would solidify their position.

A top four finish would see the young Tribesmen advance to the league quarter-finals, where they would compete for the league trophy and possible entry into the UEFA Youth League, aiming to emulate last year’s champions Cork City.

All support is greatly appreciated at Eamonn Deacy Park.