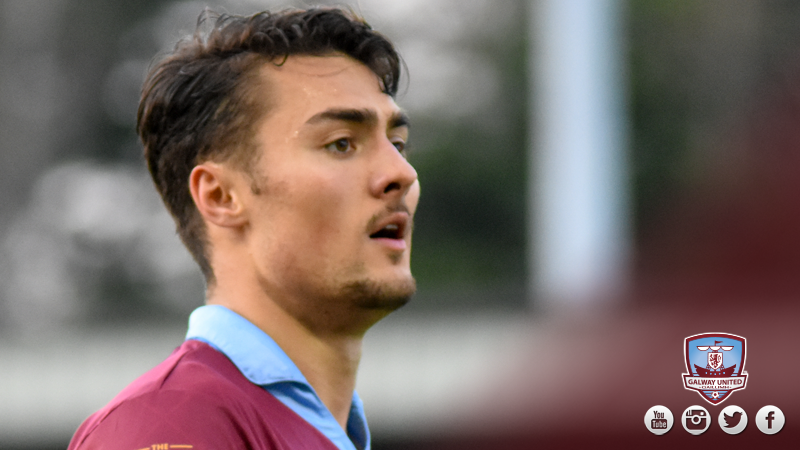 United were sucker-punched during injury time in the Connacht Derby on Saturday night, as a 92nd minute Achille Campion back-heel pocketed the points for Sligo Rovers on an evening where United fans will feel a point was the very least they deserved at the Showgrounds.

Cretaro threatened again for the hosts when he picked up possession at the edge of the box, as the Tubbercurry native turned on the ball before cracking a powerful drive narrowly wide.

United’s wingers combined in the 21st minute, Gary Shanahan played a perfectly weighted ball in behind Sligo’s rearguard. Marc Ludden raced onto the through ball but from a difficult angle, Michael Schlingermann pulled off a routine save.

An incisive United counter-attack almost produced the opener. Conor Melody stole a march and sprinted towards the byline and the young winger whipped in an inviting cross which two United players were lining up to head home, but Liam Martin did brilliantly to cut out the danger with a timely defensive header.

Tobi Adebayo-Rowling was the next Bit o’Red player to make a crucial interception. Two minutes before half time, he made up the ground to beat Marc Ludden to an in-swinging cross.

United continued to probe and Tommy Dunne’s side looked menacing on the counter. Conor Melody split Sligo’s defence with a clever pass, Marc Ludden played a first time ball into the six yard box, Enda Curran contested the loose ball with Michael Schlingermann but it ricocheted off the goalkeeper and Gary Shanahan was positioned perfectly to head into the net.

Sligo Rovers’ reply was instant and Dave Robertson’s side nearly got back on level terms in some style. Danny Kearns dribbled past two United players before clipping a cheeky lobbed effort just onto the roof of the net.

Just after the hour mark, Marc Ludden saw his free kick from the edge of the box sail over Michael Schlingermann’s crossbar as the tie began to hot up at the Showgrounds.

With 10 minutes remaining, Raffaele Cretaro drew Sligo level with an instinctive finish. Cretaro dummied Conor Melody, before dragging the ball onto his left foot, and he found the bottom corner with an accomplished finish.

Gary Shanahan was desperately unlucky not to grab a second goal a moment after Cretaro’s leveller. The winger was set up one-on-one with Michael Sclingermann but he couldn’t find a way past the former Drogheda United shot stopper.

Disaster struck in the final minute of injury time. Raffaele Cretaro drilled a hopeful ball across goal and Achille Campion backheeled into the net to steal the points at the Showgrounds.