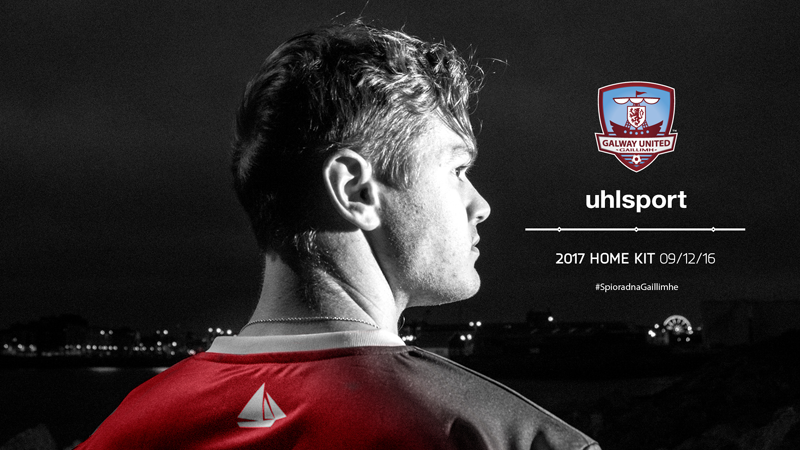 Galway United’s new home jersey for the 2017 SSE Airtricity League season will be revealed on our official website and social media at 1.00pm on Friday afternoon.

The jersey pays homage to the famous Galway hooker, an internationally recognised symbol for the city and county of Galway.

The design is strongly inspired by the sails of the famous boats and features a silhouette of the Galway hooker below the collar. #SpioradNaGaillimhe

The jersey, supplied by uhlsport, is designed by Morgan O’Brien. It will officially go on sale for the first time at 2.00pm on Saturday, December 10th, from the Galway United Store which is located in the upper level of the Eyre Square Centre.

Jersey prices remain the same as last season, with adult jerseys priced at €55 and children’s at €45.

Supporters who purchase their 2017 jerseys on launch day between 2.00pm and 6.00pm will be entered into a draw to win a 2017 Galway United season ticket.

Galway United players will be in attendance at the jersey launch on Saturday to pose for photos with supporters and sign autographs.

2017 home jerseys will also be on sale online but purchases must be made soon to guarantee delivery before Christmas.