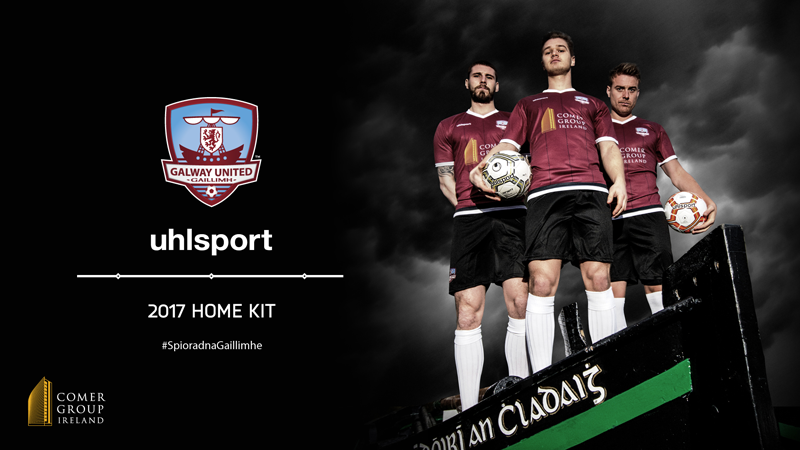 We are delighted to present our new home jersey for the 2017 SSE Airtricity League season.

The jersey pays homage to the famous Galway hooker, an internationally recognised symbol of the city and county of Galway.

The creator of the design, Morgan O’Brien, explained the process and inspirations involved in bringing the design to life.

The jersey will officially be launched and sold for the first time at 2.00pm on Saturday, 10th December, from the Galway United store located in the upper floor of the Eyre Square Centre, opposite Carphone Warehouse. Galway United players and club mascot Terry The Tiger will be present at the launch to meet and greet with supporters. 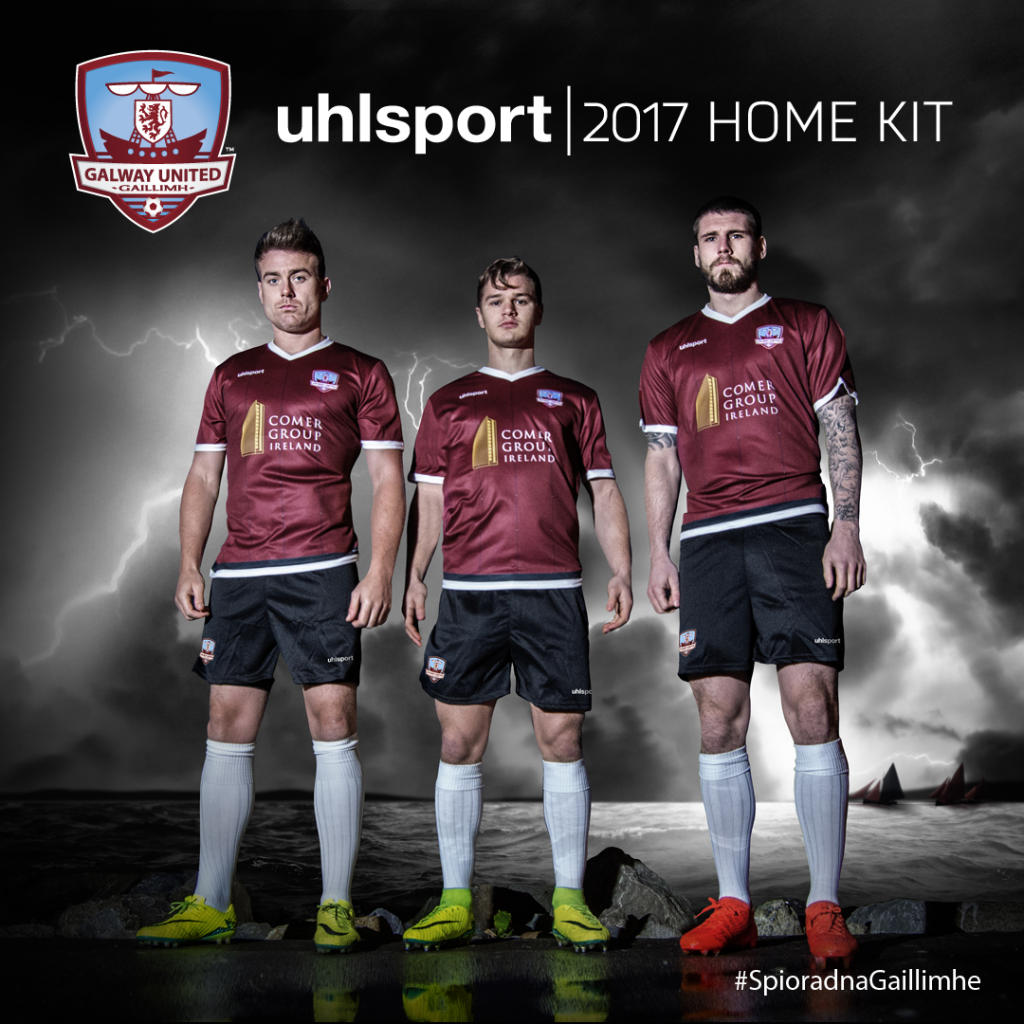 Galway United stars Vinny Faherty, Colm and Stephen Folan are modelling our new home jersey, which is supplied by uhlsport.

Christmas giftboxes, which offer a significant discount on a season ticket and 2017 home jersey combination, will also be available from the Galway United Store.

Supporters who purchase their 2017 jerseys on launch day between 2.00pm and 6.00pm will be entered in a draw to win a 2017 Galway United season ticket.

The Galway United store will be open from 10am – 6pm on Saturday and to mark the release of our new home jersey, we are putting a wide range of club merchandise on sale. Don’t miss the chance to get some stocking fillers before Christmas!

United’s new home jersey will also go on sale through our online shop on www.galwayunitedfc.ie but to ensure delivery for Christmas, please order as soon as possible.