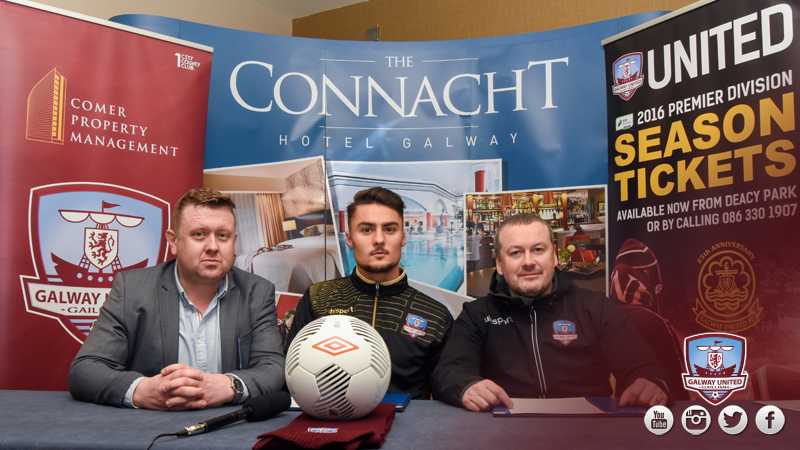 Galway United are delighted to announce the signing of Armin Aganovic!

The Swedish central defender joins the Tribesmen from Mjallby AIF, who were relegated from the Swedish Superettan at the end of the 2015 season after losing in a play-off.

Aganovic has agreed a one-year contract at Eamonn Deacy Park.

The 21-year-old links up with Galway United after manager Tommy Dunne saw him in action at the FIFA PRO tournament in Oslo.

Shortly after penning a deal with the club, Aganovic explained to www.galwayunitedfc.ie how the move to Ireland came about.

“I was playing in the Winter FIFA PRO tournament in Norway, it went very well, the Swedish team won and I was captain and I was voted the MVP of the tournament,” he said.

“I got a few calls and one of them was from Galway and when I spoke to Tommy Dunne, it sounded really interesting and the things I heard about football in Ireland got my attention. I wanted to come over to check it out for myself, to get a feeling of my own and I was very impressed. It’s a nice city, I have good teammates and Tommy’s philosophy and passion is something that got me really interested in coming to Galway United.

“The players were very welcoming and that always helps you to make a decision. They were very kind and they’ve made me feel right at home already and of course they’re good professionals as well so I see a lot of promise in this team with this group of players.” 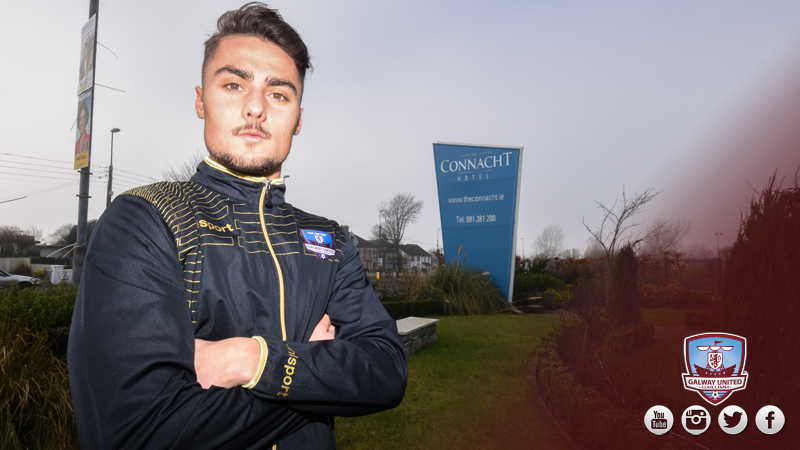 Aganovic admits he did his own research on Irish football and Galway United before travelling over and completing a one week trial with the club. He feels he will be a good fit for the Tribesmen.

“I spoke to some people involved in the player committee in Sweden about Ireland and they explained the level to me and I’ve heard about some of the clubs who were playing in the Europa League. I read up about Galway and after the talks I had with Tommy Dunne, I was sold. Football is all about passion, that’s how you get results. If you have a good team and a good coach everything is possible and that’s why my choice was here.

“I’m tough and I like to play tough. I like winning my duels and my battles and I’m very comfortable with the ball at my feet.

“I’m also a leader on the pitch and I will be heard on it. I’ll be helping my teammates, keeping them in good positions and pushing them on. We’re a team and we have to work together.

“My goal and my mission is to progress as a football player. I want results. I’m a player who plays with a lot of heart, sometimes too much.

The commanding defender is recovering from a slight knock he sustained last week on trial and he hopes to return to action very shortly.

“I’ll be back in full training soon. It’s not a big injury, I had a little soreness in a muscle in my knee and I’m working hard with Emmett Hartigan (physiotherapist) to get back for Monday.

“I’m really excited for the season and I can’t wait for the 4th of March and to start winning games with Galway United,” he concluded.

“I saw Armin in action at the FIFA PRO tournament, he excelled and he was really impressive and we brought him over for a trial but he picked up a slight knock,” he explained.

“Armin is very aggressive, he attacks the ball very well and he’s quick and agile for a big player. He’s a strong lad and I think he has all the attributes required to be a proper centre-half in the League of Ireland.

“We lacked a bit of height and physicality last season. We’re sure Armin will help in that regard and he gives us another option in the centre of defence.

“We’re really delighted to have Armin on board,” Dunne concluded.

Armin Aganovic will wear the number 37 jersey for Galway United in 2016.