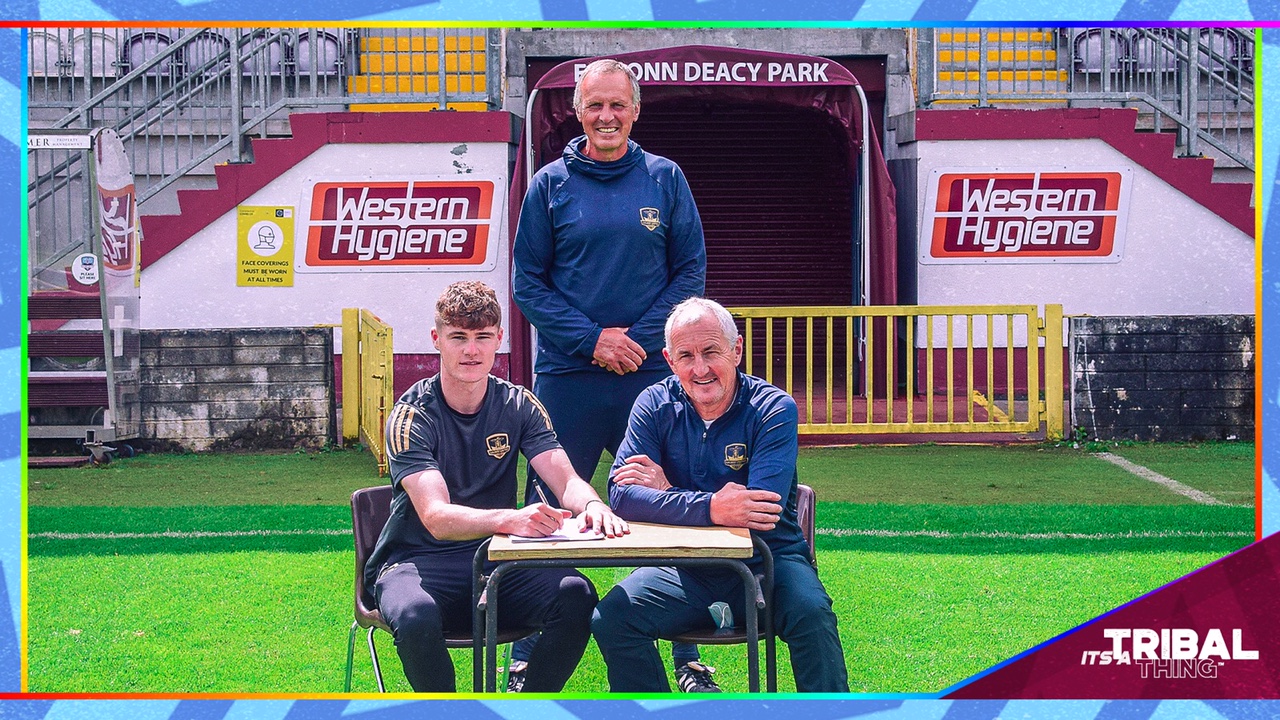 “Johnny Glynn has really pushed me to make the first team and I’d like to thank him a lot for helping me to make that step up.” – Alex Murphy

Galway United Academy graduate Alex Murphy, one of the most promising prospects in the west, has signed a professional contract with the club.

“We have high hopes for him and we can see his talent. The most important thing now for Alex is to work hard and continue his progress. It’s a great day for the club and our academy.” 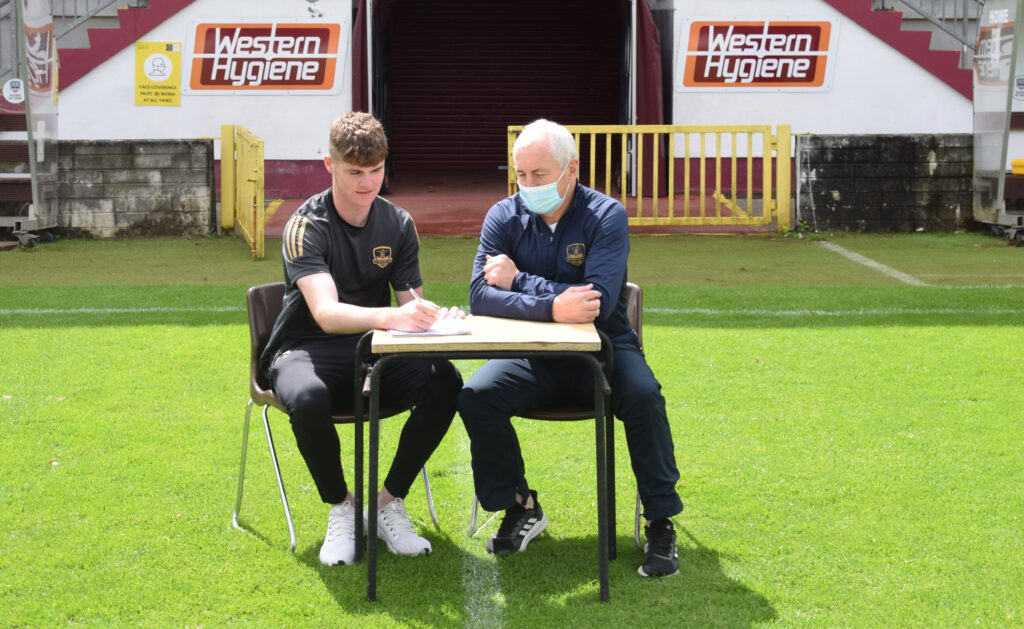 Alex joins Maurice Nugent, Chris Horgan, Colin Kelly, Wilson Waweru, Francely Lomboto and Caoilfhionn O’Dea in playing for the first-team in 2021, all having come through the academy.

Alex told the club’s media team: “The academy was great, from the 15s to playing under Gary O’Connor at 17s. Johnny Glynn has really pushed me to make the first team and I’d like to thank him a lot for helping me to make that step up.

“My experience playing the first team was tough at the start but it is getting a bit easier now! I am getting more used to it, the step up in physicality and so on.

“I’d like to get an assist, maybe score my first goal and help keep more clean sheets this season. I’m thrilled to sign for this club.”

Johnny Glynn, Head of Academy at United, says that the teenager’s progress to the senior squad has been “more of a surprise to Alex than to any of his academy coaches”

Glynn enthused: “Alex joined us at 14 years of age and was part of our 15s squad for two seasons before signing for our under-17s in 2020.

“Alex excelled in all challenges presented to him on the pitch and, though going through a difficult growth spurt with many niggling injuries, he has come out the right side of that phase.

“Alex is a great role model for all our young academy players and I expect a few more to follow in his footsteps if they can comprehend why Alex has excelled. Alex combines hard work and an excellent mental attitude with an ability to listen and learn and put the learning into action.” 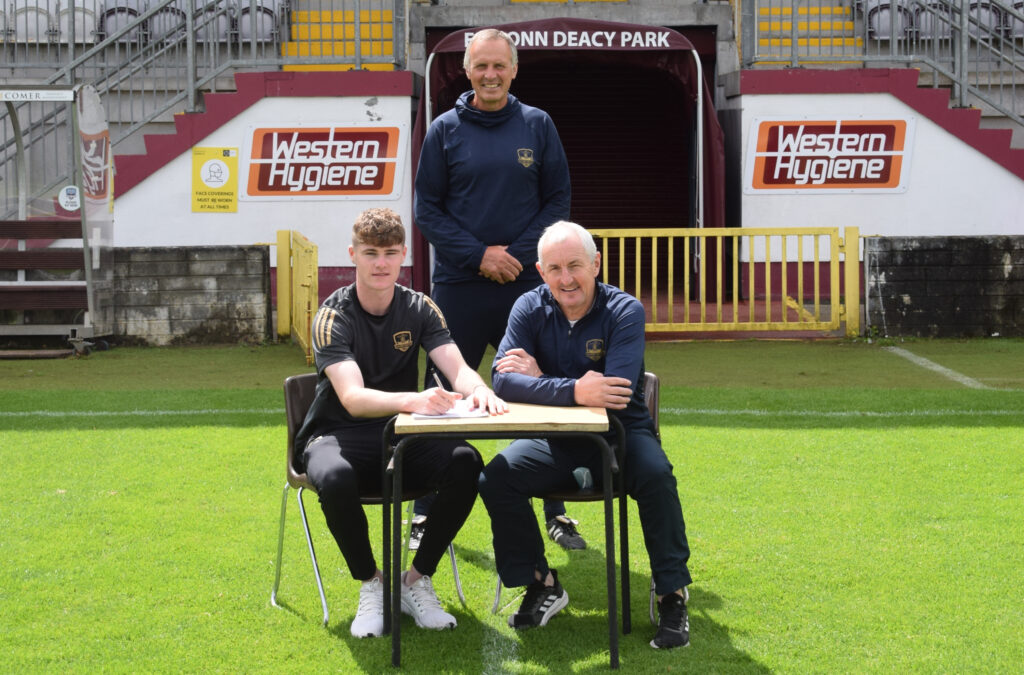 Described by underage coach Martin Devlin as “an elegant ball-playing centre-half”, Alex has played left-back in the main under Caulfield, who started him in midfield against Shamrock Rovers in the FAI Cup.

Corrib Celtic played a huge role in Alex’s early development and its chairman Jack Barrett said that the extra hours Alex put in as a youngster paid off in spades.

Barrett said: “Corrib Celtic are delighted that Alex has signed a professional contract with Galway United: it is well-deserved for such a talented and dedicated player.

“Corrib Celtic were aware from an early stage that we had a huge talent on our hands. I often witnessed Alex’s determination and strive to make himself better. On a lot of occasions off-season I would visit our grounds with nobody around and next thing witness Alex arrive on a bike on his own, with two footballs, to spend the next three hours practicing free-kicks and all the other skills of the game.

“This shows real attitude to go further in the game. All in all, Galway United have the real deal on their hands.” 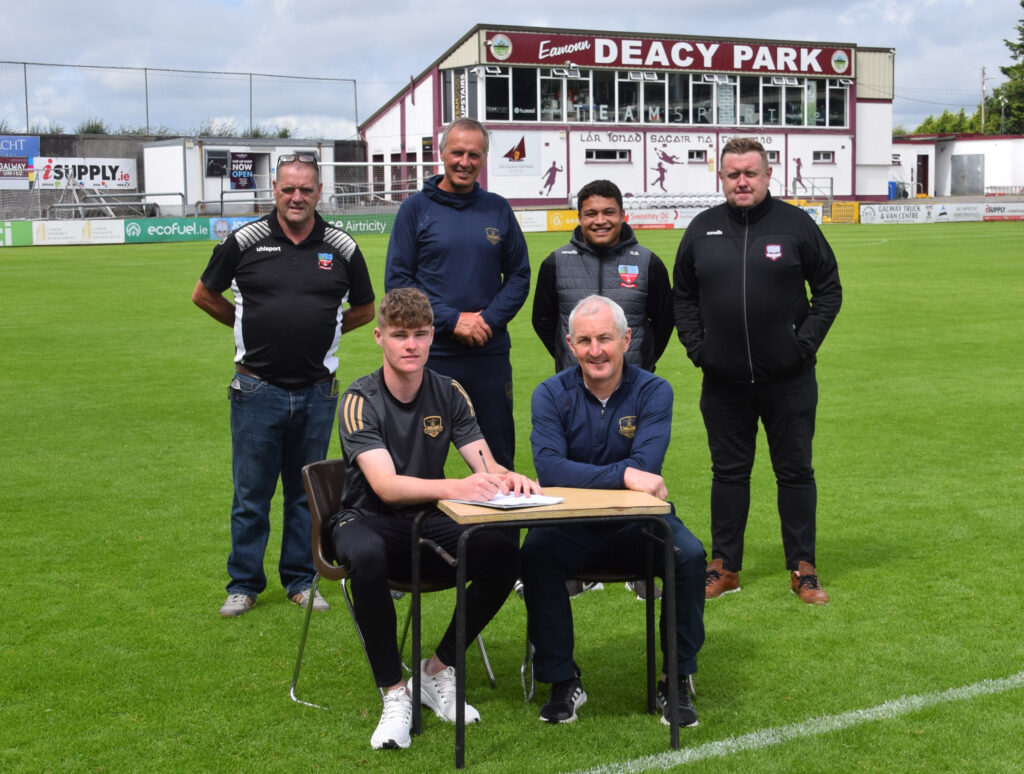