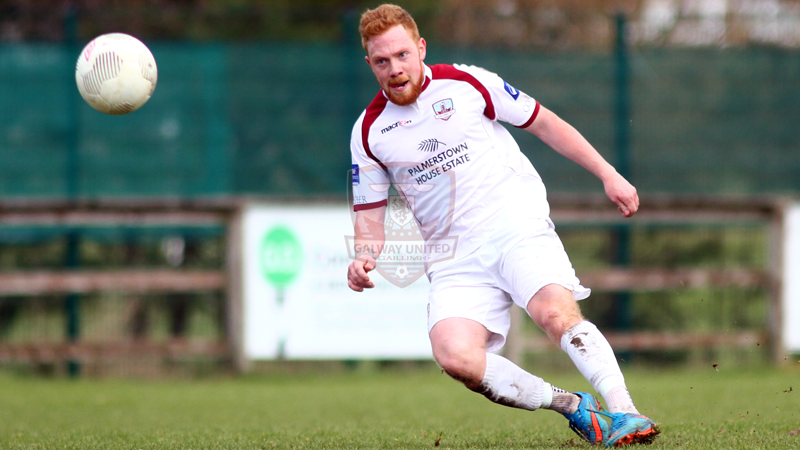 Galway United will make a return to Eamonn Deacy Park for the clubs third pre-season outing against Athlone Town on Saturday evening. Kick off: 7.30pm.

The Tribesmen drew nil all with Finn Harps at Moyne Villa last week and they defeated the NUIG Collingwood Cup team two nil at Fahy’s Field on Tuesday morning.

Manager Tommy Dunne is looking forward to another difficult challenge for his players in the lead up to the start of the SSE Airtricity League Premier Division season.

“Athlone Town have put together a decent group of players and I know Eddie Wallace is good for bringing through the younger lads at clubs.

“Athlone have done quite well in their pre-season outings thus far, it will be a tough game but that’s what we’re looking for at this stage of pre-season.

“We’re trying to make sure we get the players moving well and that we get a good workout.

“If we can get a positive result as well then all the better,” Dunne added.

Galway boss Dunne admitted it was frustrating at times building his squad but he’s content that things are finally coming together at Eamonn Deacy Park.

“It’s been slow, but we’re getting there,” Dunne said.

“It’s not ideal preparation when you’re only bringing players in now.

“To be honest, we found it difficult at times, we chased a lot of bodies but I’m pleased that we’re finally getting a few players over the line.

“We hope to be finalising our squad by the middle of next week,” Dunne concluded.

Stephen Walsh is doubtful with illness, alongside Ger Hanley who is struggling with an achilles problem.

Gary Shanahan and Marc Ludden return for United and they are expected to play a part against Athlone Town.

ADMISSION
Admission to Saturday’s game is €5.

Season tickets are NOT valid.

SEASON TICKETS ON SALE
Galway United season tickets and Galway Soccer Co-op membership will be on sale at Saturday’s game.