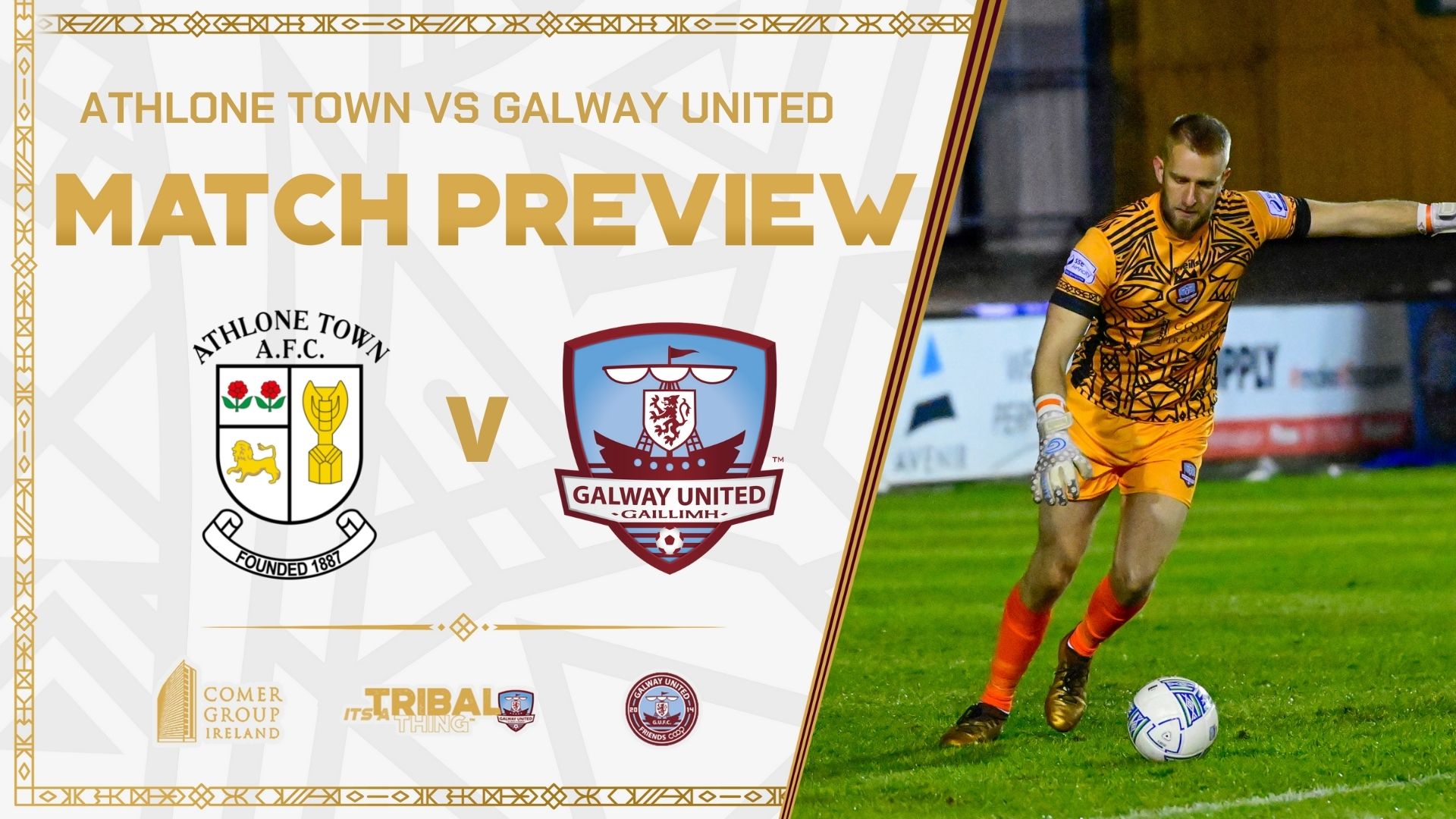 “This league is very tough, every game you have to be on it” – John Caulfield, Manager

Galway United travel to Lissywollen this Friday to face Athlone Town at 7.45pm.

An in-form United come up against Athlone Town away from home tomorrow as they look to continue their unbeaten First Division run. Tickets for the supporter’s bus leaving from the Connacht Hotel can be purchased HERE.

The Tribesmen earned all three points against Treaty United on Monday evening with a 2-1 win at Eamonn Deacy Park thanks to two first-half goals. Wilson Waweru opened the scoring with an impressive volley before Stephen Walsh bagged his third goal in three consecutive games as a striker after he slalomed through the opposition defence and composedly finished past the keeper. Former United striker Enda Curran pulled a goal back for the Limerick outfit but the Tribesmen, who currently sit in second position on the league table, defended well to secure the victory.

John Caulfield’s focus now turns to this Friday when his side take on Athlone Town who are under the stewardship of Martin Russell. Athlone have started their First Division campaign with three defeats – In their most recent encounter, former United players Thomas Oluwa and Carlton Ubaezuonu were on the scoresheet in a 3-2 home defeat to Cobh Ramblers on Monday night.

“This league is very tough, every game you have to be on it,” Caulfield told the club’s media team.

“We have shown the potential that we have but we have a lot to work on. The players are a really good bunch, there is good honesty about them and they train very hard.

“On two occasions last year we were very poor in Athlone so we need to be prepared and do a lot of work for this week’s match. Martin Russell is a good manager so it is a new test and a new game on Friday night.”