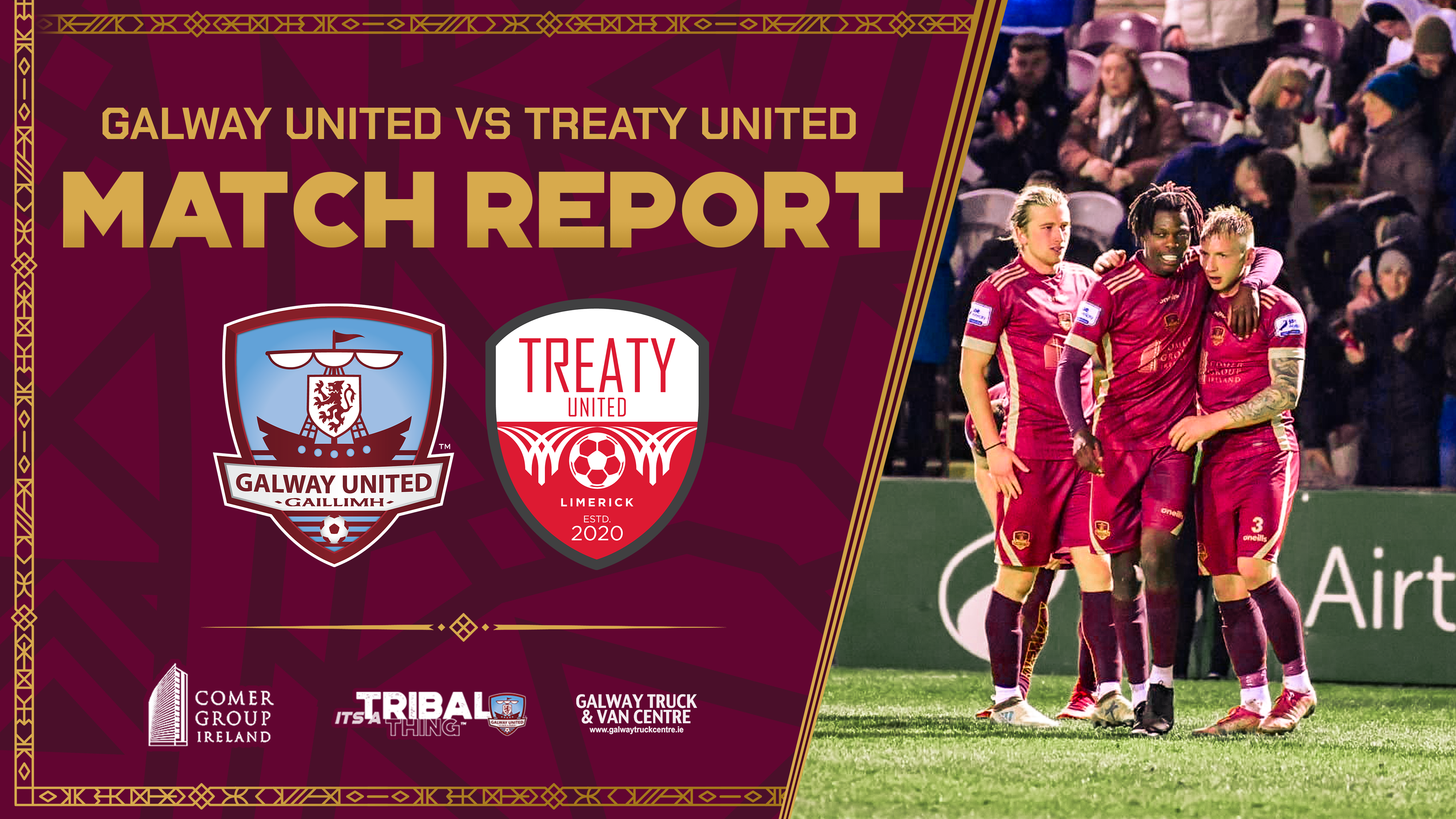 Walsh on song again as United’s unbeaten start to the season continues.

Galway United remain unbeaten in this season’s SSE Airtricity First Division as they held off the challenge of Treaty United to make it three wins from four games.

First half goals from Wilson Waweru and Stephen Walsh gave John Caulfield’s side a 2-0 lead at half time before Galway native Enda Curran struck back for the visitors in the second half. But United reacted well and saw off their challenge to register back-to-back wins following Friday night’s victory over Bray Wanderers.

The opening five minutes were nip and tuck with both sides slow to get up to the speed of the game which was played at a relentless tempo throughout the first half.

United took the lead early, Mike Rowe flicked the ball into the path of Wilson Waweru, who took no prisoners as he blasted the ball home from close range on six minutes.

Stephen Walsh and Waweru, starting up front together for the first time, were a constant threat as their link play created plenty of opportunities for United. Both had chances to double the United lead, the best chance falling to Waweru on 23 minutes. Conor Kearns found Alex Murphy on the wing and he duly whipped a diagonal ball into the box which was met by the head of the young striker, which went inches wide.

Soon after Walsh came close when a Killian Brouder shot was stopped and from the rebound the evergreen attacker’s shot hit the side netting.

On his return to Eamonn Deacy Park, Enda Curran was the biggest threat for the visitors. On four occasions he came close to levelling, the closest of his efforts being an overhead kick which was saved by Kearns.

However it was United who got the next goal, Walsh bagging his third goal in as many games since his move into the forwards. Some good hold up play by his striking partner Waweru set him up, before the Galwegian managed to dribble his way around two defenders before calmly eyeing up the top corner on 44 minutes to leave United 2-0 up at the break.

The third quarter was played at a lower tempo, United doing well to keep a talented Treaty attack quiet. Walsh and Rowe had the best of chances, but both came up short as the link up play of Waweru and Walsh continued to torment the visitors’ rear-guard.

Yet the men from Limerick did pull one back on 68 minutes, substitute Kieran Hanlon threading in a ball for Curran who did well to force it past Kearns.

The game opened up in the final 20 minutes, with both Alex Murphy and Walsh coming close to restoring their two-goal cushion. The talented young defender battled hard to regain possession in his own half and then bolted forward at pace. Sadly, his shot on 75 minutes drifted wide.
Next to be denied was Walsh once more. A fine team move involving Manu Dimas and Edward McCarthy setting him up. With the goals at his mercy, defender Charlie Fleming came from out of nowhere to make a crucial goal-line clearance.

Late on, Treaty could have sneaked a draw. Conor Kearns produced a superb save to deny Dean George, but the ball then spilt to Hanlon who missed the target from six yards out.

In the remaining minutes, the Tribesmen dug deep and defended gamely to hang on for the well-deserved three points.

“We made it difficult for ourselves. We knew how strong they were and we know a lot of the lads from Galway. Enda Curran was up top, Marc Ludden was delivering in great balls. We knew we needed to start well.

“We had three glorious chances to kill the game and we didn’t and then you’re hanging on in the 95th minute. These things happen and to be fair to our lads, it is our second game in four days and it was really tough but our defending is fantastic and you have to admire our grit and determination.”

Our next First Division game is away to Athlone Town on Friday, March 18th at 7:45PM.