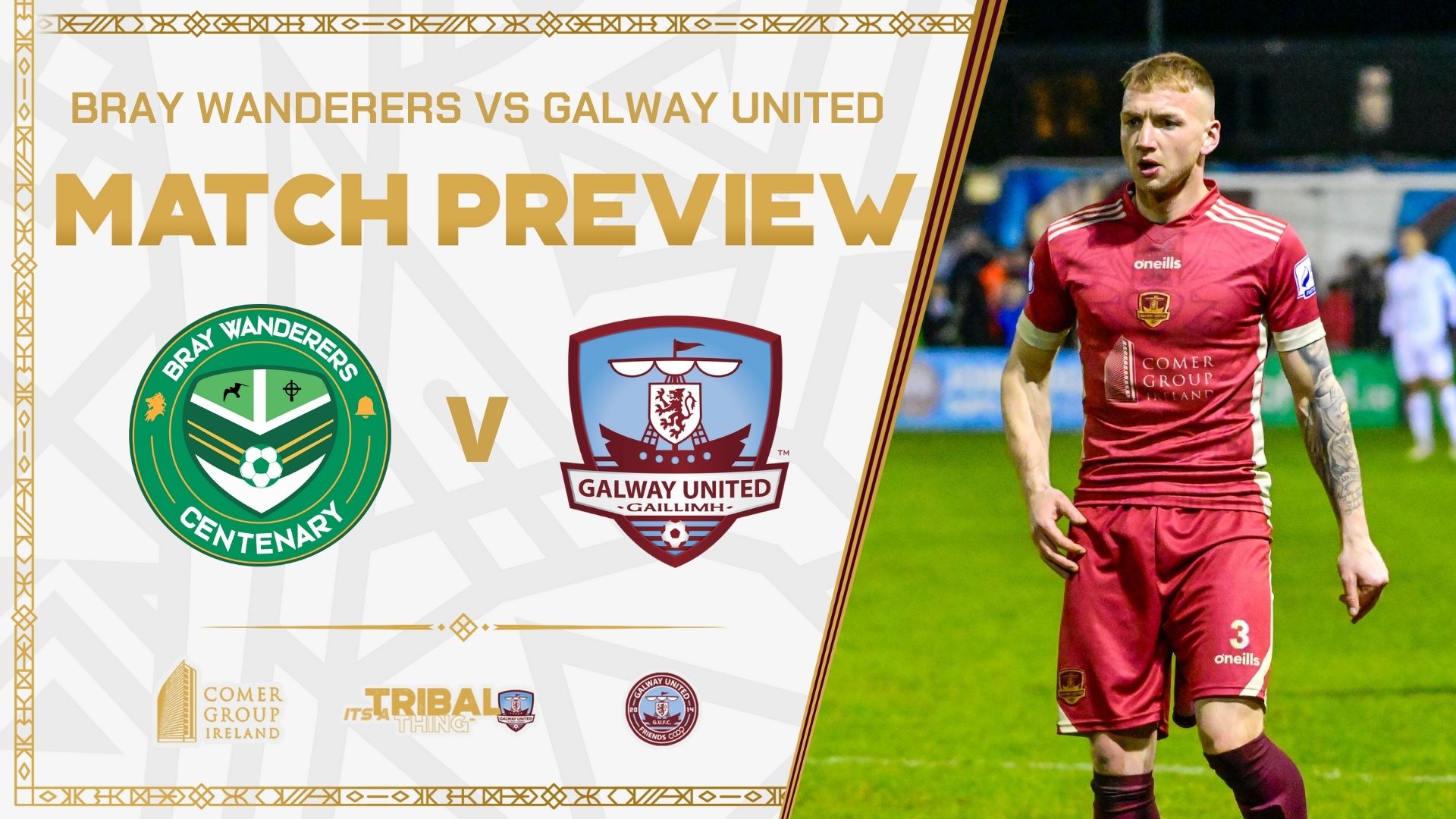 “We are prepared for a very tough game” – John Caulfield, Manager

Galway United travel east to face Bray Wanderers at the Carlisle Grounds this Friday with kick-off at 7.45pm.

United will aim to continue their unbeaten start to the First Division season this Friday, having defeated Cork City (A) and drawn with Waterford FC (H) in their opening two fixtures.

The Tribesmen manufactured a second half comeback against Waterford last time out after going two goals behind in the first period. Jordan Adeyemo and Stephen Walsh scored the goals to secure a hard-fought point against the league leaders.

Manager John Caulfield has prepared his team for another difficult encounter against Bray Wanderers this week.

“We know how tough going to Bray is,” Caulfield told the club’s media team.

“They played very well in Waterford so we know what to expect – We are prepared for a very tough game.

“From our own point of view, we have started the season reasonably well and we will have to be at our best again to get the points this week. It is still very early days in the season but hopefully the team spirit and character will continue throughout the season.”

Wilson Waweru is available for selection following his one-game suspension.