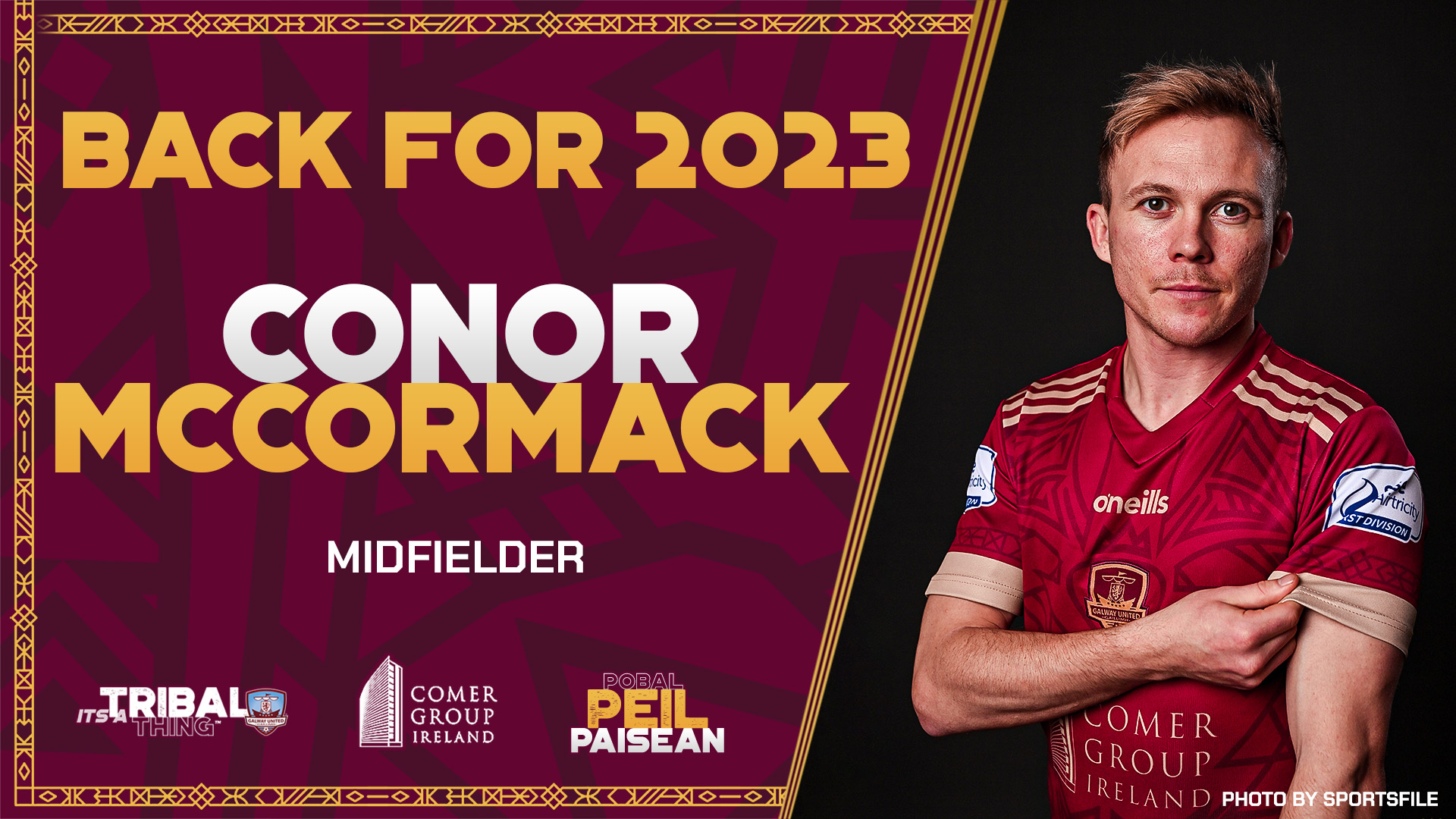 Galway United are delighted to announce that Conor McCormack has re-signed for the senior men’s team ahead of the 2023 season.

The 32-year-old, who has captained United for the past two seasons, has put pen to paper on a deal that will see him spend a third season at Eamonn Deacy Park after signing from Derry City in January 2021.

McCormack is the first signing ahead of the 2023 season, and spoke to the club’s media team to express his excitement for the journey ahead.

“I’m absolutely delighted to have re-signed. I can’t wait to get going and I’m already looking forward to the season ahead.” 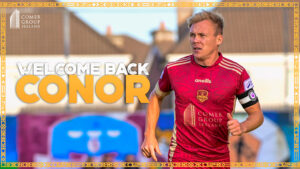 McCormack, who enjoyed spells at Manchester United and Triestina at youth level, has made 58 appearances for The Tribesmen so far, contributing eight assists.

At senior level, Conor is a proven winner and has won almost everything there is to win domestically, including two Premier Division titles with Shamrock Rovers (2011) and Cork City (2017).

After going close to promotion in back-to-back seasons at United, McCormack wants to go one better and put things right in the forthcoming campaign:

“We were really disappointed with how last season finished, we had a great chance, but we just made too many mistakes and that’s something we have to learn from for next season.”

Conor McCormack is on board for 2023 and there will be plenty more announcements as we look to build a new squad for next season. Keep an eye out on our social media for updates!

Off the pitch we have lots going on for fans at the moment, with lots more to come!