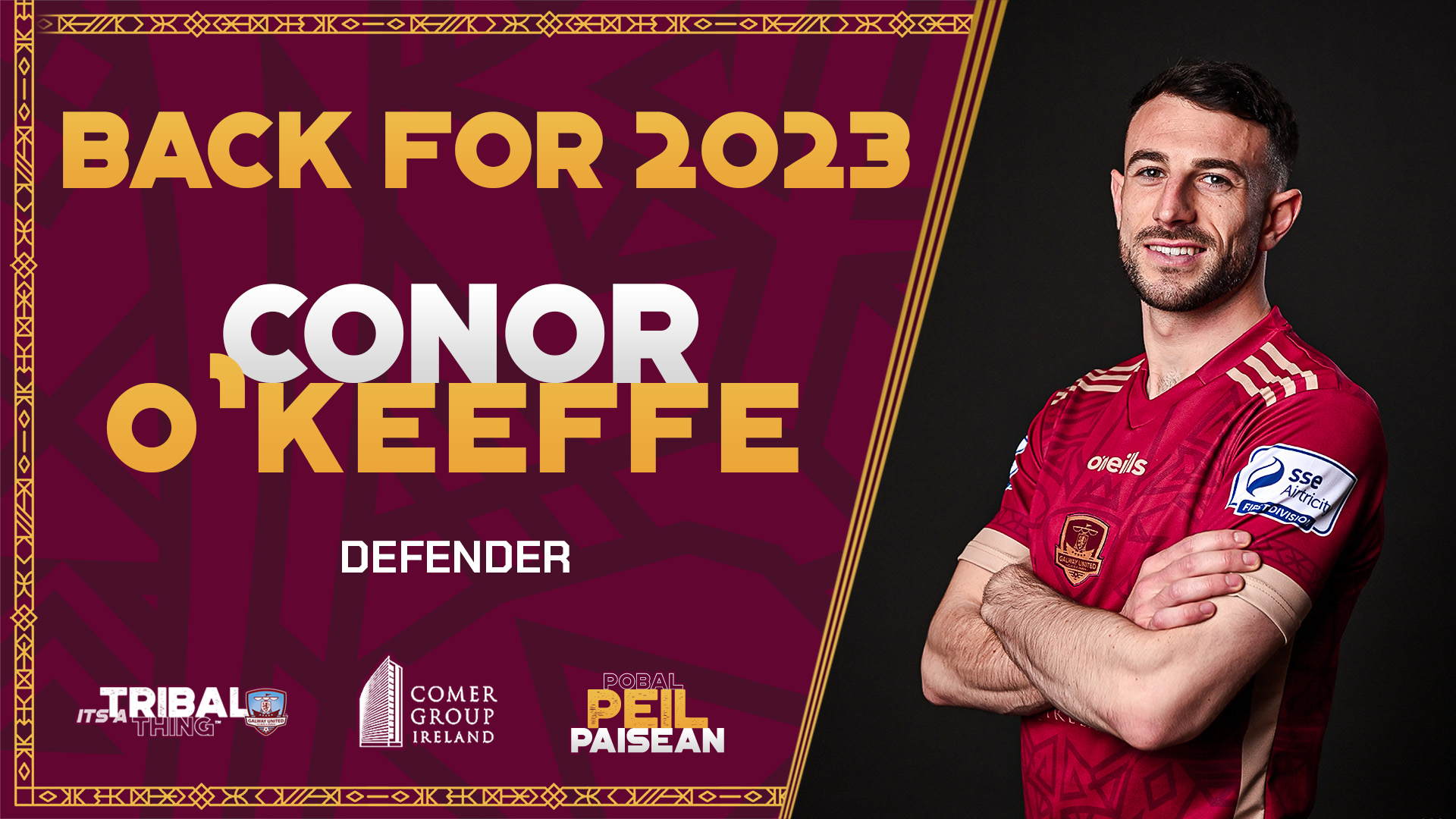 Galway United are delighted to announce that Conor O’Keeffe has re-signed for the senior men’s team ahead of the 2023 season.

The 29-year-old will remain at Eamonn Deacy Park for 2023 and heads into his third season with The Tribesmen since joining in December 2020.

The Mullingar native has made 49 appearances for United and has proven to be a key player in various positions across the backline. 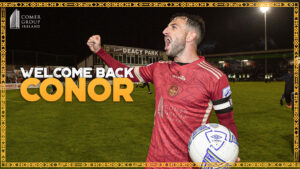 Speaking to the club’s media team, ‘Chief’ says he is delighted to continue his journey in Galway and has outlined his ambitions for the coming season:

I’m delighted to sign back for the 2023 season, I came here two season ago to help get the club promoted back to the Premier Division, so that remains the goal and the target for the new year ahead.”

Conor O’Keeffe is back for 2023 and there will be plenty more announcements as we look to continue building our squad for next season. Keep an eye out on our social media for updates!