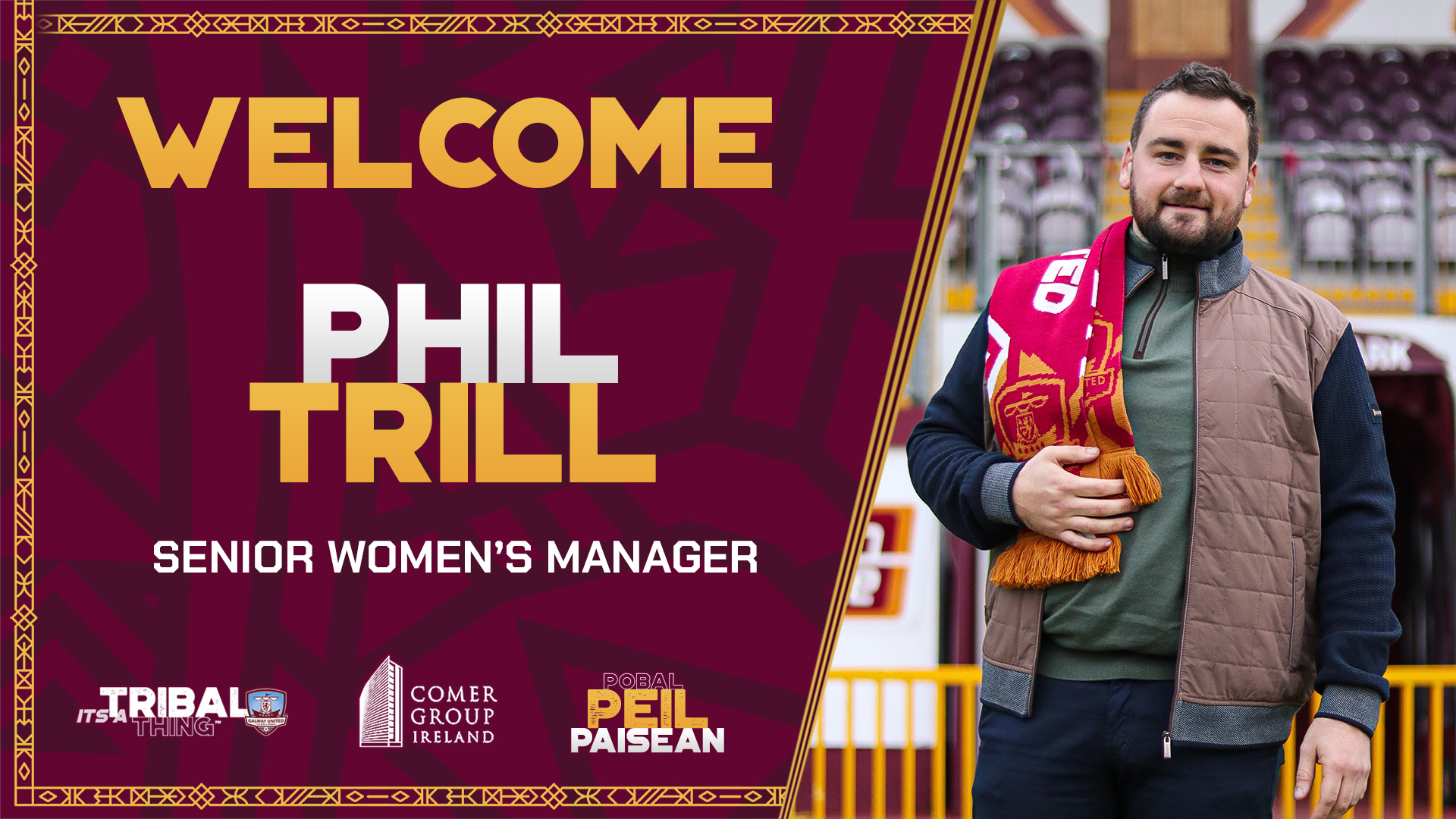 Galway United are delighted to confirm that Phil Trill has been appointed as first-team manager for the senior women’s team for 2023.

The 29-year-old makes history at Galway United as the first ever manager for the senior women’s side after moving on from his near five year spell at Galway WFC. 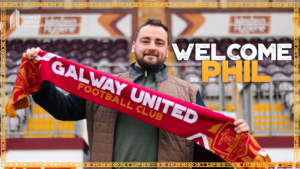 Phil has vast experience in the women’s game. He began his stint with GWFC as head coach with the U17’s, winning the league and cup double in 2019.

Phil then became the Youth Development manager in 2021, managing both the U17 team and the U19 team.

After winning the league and cup double with the U19’s that year, Phil then became Alan Murphy’s assistant manager with GWFC’s senior team last season.

Trill has also built up coaching experience in the underage men’s game locally. He has worked with Corrib Rangers, Salthill Devon, Knocknacarra and various underage teams at Galway United.

Phil spoke to the club’s media team at his unveiling earlier in the week and expressed his excitement at taking charge at Eamonn Deacy Park:

I’m delighted to have this opportunity. To be the first ever manager to take a women’s team into Galway United is very exciting.

“I’m very thankful to everybody for the opportunity they’ve given me and the trust they’ve shown in me. I’m looking forward to leading the club forward.”

Phil also discussed his management style, and the type of football he is hoping to bring to Eamonn Deacy Park next season:

We want to get a good sustainable brand of football on the pitch. We’re all about pobal, peil and paisean and I’m a big believer in putting our best forward and playing possession based, attractive football.

“If we can hit our key principles over the pre-season, that will stand us in good stead for having an exciting brand of football for Galway United fans to watch.” 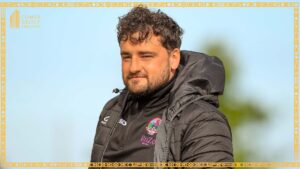 Phil Trill in action on the sidelines with Galway WFC. Photo by Matt Browne/Sportsfile

Speaking at Trill’s unveiling, Galway United board member Jonathan Corbett had the following to say about the appointment:

It’s great, Phil is from Galway, and he’s been involved in the women’s game for a number of years.

“He was second in command at GWFC last season, and he’s come through the academy developing the underage players. So, he knows a lot of the players that are coming through.”

The Galway United board also spoke of the collective effort from the wider community of Galway in ensuring that elite women’s football remained in the west of Ireland for 2023:

To be able to facilitate elite women’s football in Galway by putting three teams out on the pitch couldn’t be done without the help of Luke Comer and his efforts in making this happen.

“Our partnership with the University of Galway will also be a key factor in ensuring that the women of Galway and surrounding counties will be able to come here and play football at a high standard.

“We would also like to extend our sincere gratitude to Mayor Clodagh Higgins and the Galway City Council, who supported our application for funding.

“The €27,000 in funding we received will make a huge difference in supporting the development of our elite women’s football teams and ensuring the future of elite women’s sport in the west.” 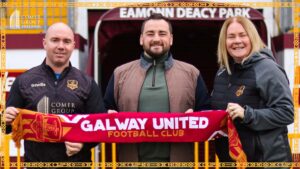 Phil Trill joins Ann Regan and Gary Fitzgerald as the first ever managers of the Senior, U19’s and U17’s women’s sides at Galway United.

Phil Trill is in charge for 2023 and there will be plenty more announcements as we look to continue building both our men’s and women’s squads for next season. Keep an eye out on our social media for updates!