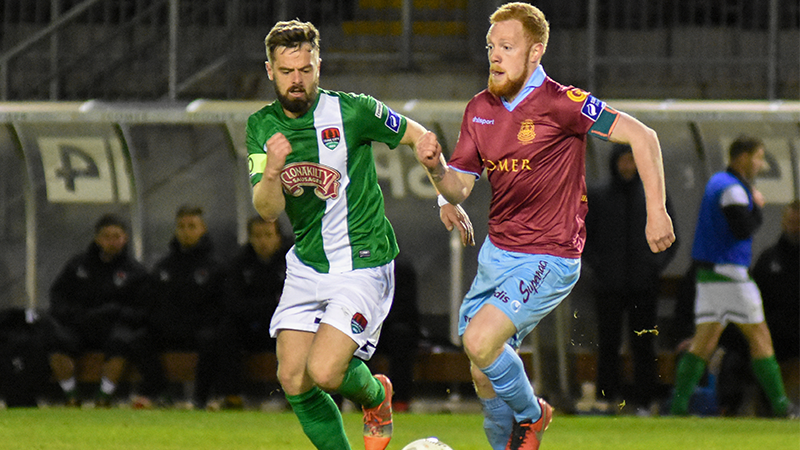 A second away trip in succession awaits the Tribesmen on Tuesday, as they travel south to face John Caulfield’s league title hopefuls, Cork City.

United showed flashes of what they were capable of at Tallaght Stadium on Friday night, with two well-taken Ryan Connolly goals, but a lack of concentration was ultimately their undoing.

United’s performance against City early in the season saw the Rebel Army glad to return south with a point, but an altogether different task awaits Tommy Dunne’s men on this occasion.

TOMMY DUNNE | “WE FEEL WE’VE GOT TO TRY TO OUR BEST TO GET A RESULT”
“It’s difficult going to Turner’s Cross. It’s one of these places that few teams come away from with a result” Dunne explained.

“We’re going to have to look at making sure that we’re right in both attack and defence. It’s a game we feel that if we’re up and at it, then we can be capable of winning and of beating any team in the division.”

“It’s about being more consistent and that’s what we have to be between now and the end of the season.

“A little bit more consistency in our level of performance. We’re getting sporadic performances, but not consistent enough.” he concluded.

TEAM NEWS
José García continues to be the only absentee, as he misses out through injury once again.