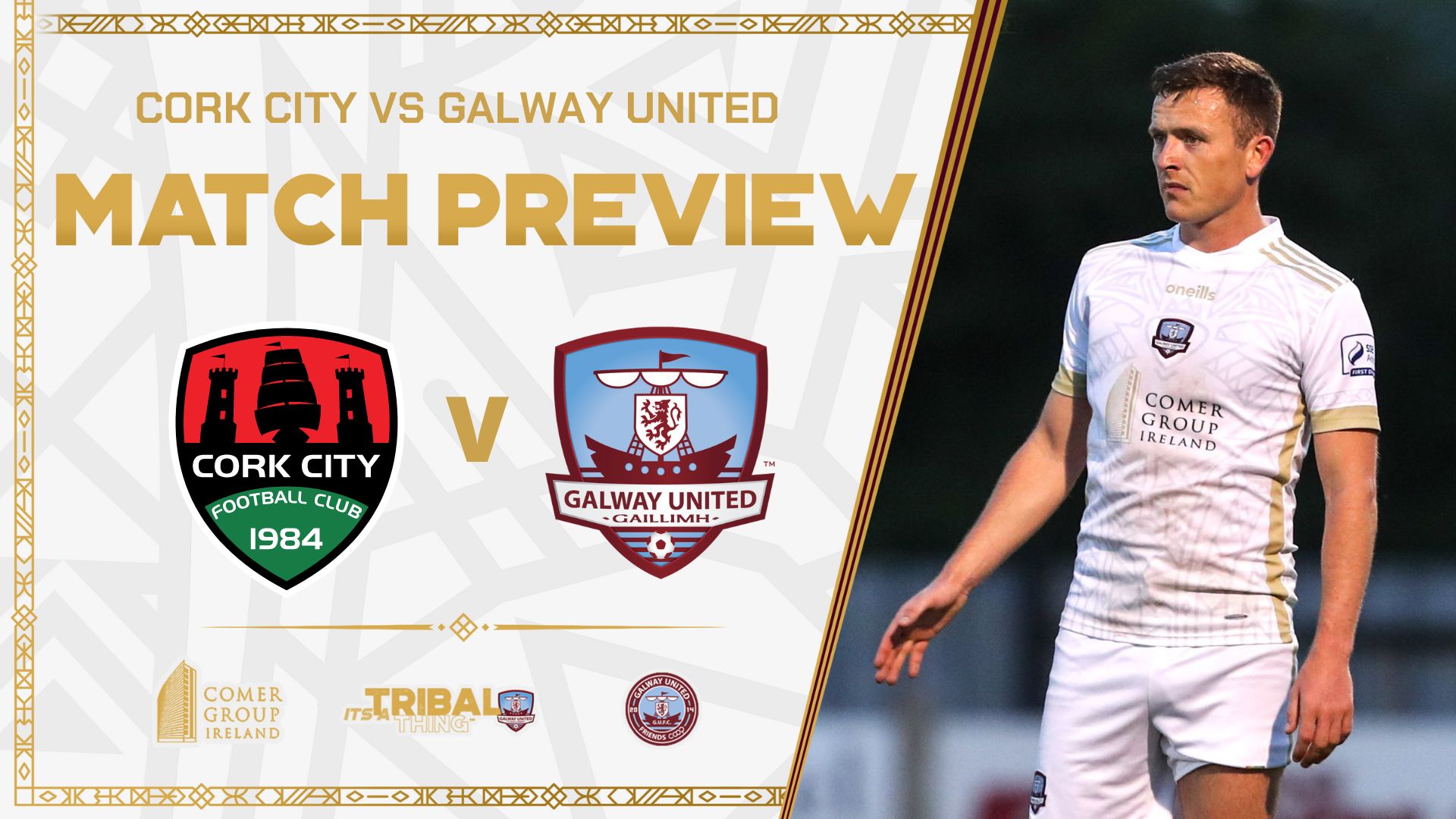 ‘We know we have to prepare well’ – John Caulfield, Manager

Galway United take on table-toppers Cork City at Turner’s Cross on Friday with kick-off at 7.45pm.

It is one of the biggest games of the First Division season this week as second place United come up against current leaders Cork City away from home. Supporters bus tickets are available HERE

The Tribesmen, who have won their last two league fixtures, defeated Cobh Ramblers 3-0 at Eamonn Deacy Park last Friday. Goals from Stephen Walsh (X2) and new signing Rob Manley secured the three points on Corribside which puts John Caulfield’s side one point behind City with a game more played.

Cork City, who have won their last three First Division fixtures, overcame Bray Wanderers 3-1 at the Carlisle Grounds in their most recent league match two weeks ago. Colin Healy’s outfit have only been defeated once this season – a 1-0 home loss to United in the first game of the campaign.

Manager John Caulfield is looking forward to yet another challenging First Division fixture on Friday night.

“We are looking forward to going down to Cork, there is going to be a massive crowd,” Caulfield told the club’s media team.

“We know we have to prepare well and we know how strong and physical Cork are with (Ally) Gilchrist, (Cian) Coleman, (Joshua) Honohan and (Jonas) Häkkinen at the back – they have a very strong defensive record.

“We went to Cork earlier in the season and won so we know we have to play well to get a result.”