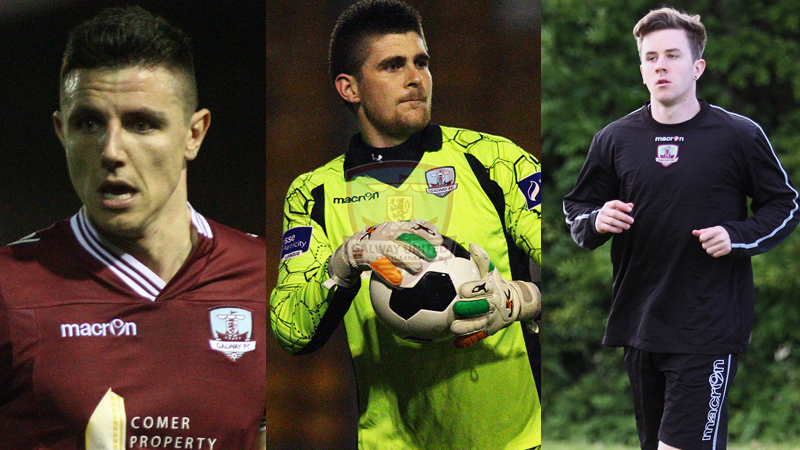 Galway United are pleased to announce that Enda Curran, Connor Gleeson and Aaron McDonagh have re-signed with the club.

The trio featured for the Tribesmen in the 2014 promotion winning campaign and Galway United manager Tommy Dunne was pleased to agree terms.

“The three lads have applied themselves well in pre-season training and I’m happy to have them in our group again for the coming season.

“We are starting to hit that busy period of pre-season now where friendlies are taking place so it’s pleasing to tie the lads down and continue our squad building process.

“We are going to need a competitive squad in the Premier Division, everybody has to step up and I’m content with the way our squad is coming together.”

Curran, 22, joined Galway from Derry City in July 2014. He scored against Shamrock Rovers on his debut at Eamonn Deacy Park but his season was curtailed by persistent injury problems.

Twenty one year old goalkeeper Connor Gleeson made 29 appearances for Galway in 2014 and the former Mervue United stopper played a pivotal role in Galway’s promotion to the top flight.

McDonagh, a pacey winger, joined Galway from Mervue United’s under 19 team in June 2014, he made two appearances in 2014.