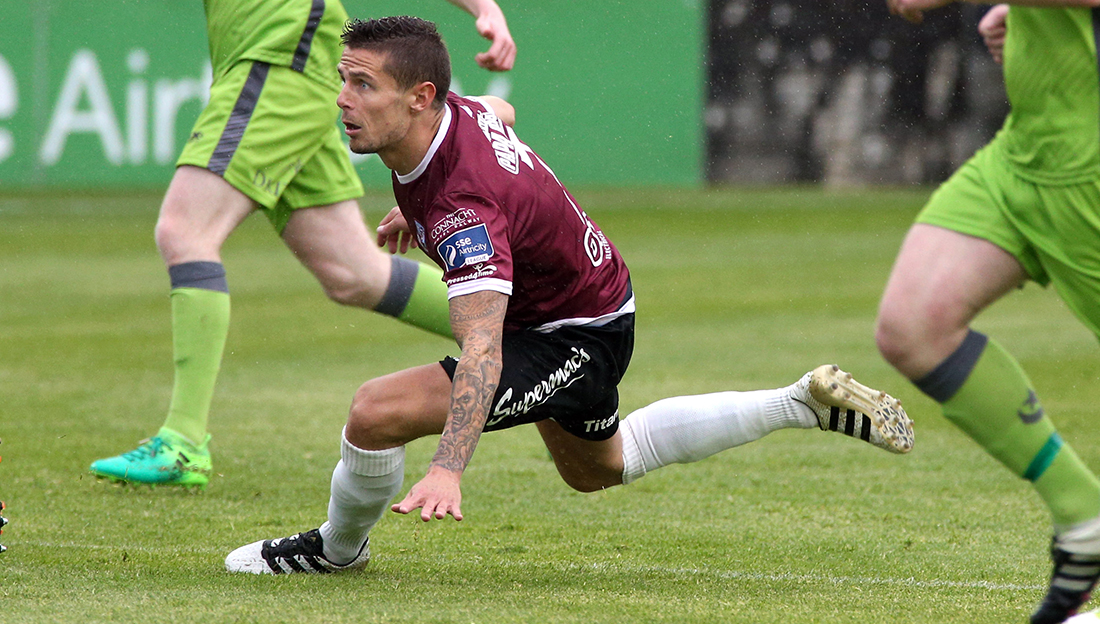 Holohan’s hat-trick against his former side, the first of his career, paved the way for a crucial win for Shane Keegan’s side.

All three of Holohan’s strikes came from range, but the Kilkenny native told www.galwayunitedfc.ie the important thing was that the three points were secured.

“It didn’t really matter who got the goals,” he asserted.

“It was a must-win for us, we knew that going into the game. The league is so tight right now, you can’t have any slip ups, because teams are taking points from everybody in this league.

“We just have to concentrate on ourselves, we have to get the job done. It was a good performance, we’re building a bit of momentum and confidence so hopefully we can keep kicking on.”

United have displayed a clinical edge in their last two games, winning back-to-back for the first time since March 2016 and scoring 7 goals in the process.

“It was probably something that was catching us in the first half of the season,” Holohan explained.

“Especially because we were creating so many chances and missing so many and we were getting punished at the other end and sucker-punched and we weren’t getting the results we deserved.

“We’ve been very clinical in the last two games and long may it continue and hopefully we can keep scoring and picking up results.

“That’s back-to-back wins, it’s going to be a tough game down in Cork next week, even though they’re running away with the league. Knowing the staff and players that are down there, they’re going to be bang up for it and we will need to be as well. We’ll go down and have a crack and see what comes of it.”