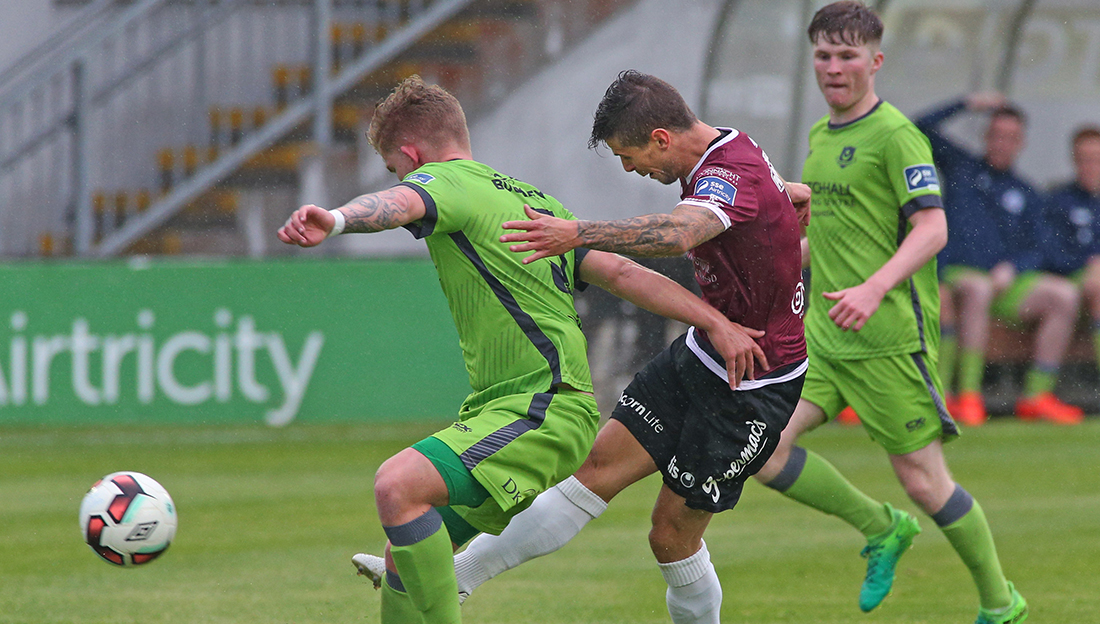 Gavan Holohan struck an exquisite hat-trick, with all three of his goals coming outside the box. Lee Grace topped things off in injury time when he headed home his first United goal.

Stephen Folan went close to adding to his three goal haul in the early stages, Kevin Devaney flashed a cross into the Drogheda box and Folan cushioned a header back across goal that narrowly drifted wide.

Gavan Holohan clipped home the first of a trio of quality strikes after 17 minutes. Marc Ludden out-muscled Luke Gallagher before flicking the ball over Lloyd Buckley’s head for the on-rushing Holohan, who steadied himself before dinking the ball over Stephen McGuinness.

After some patient build up play deep in Drogheda’s half, Ronan Murray slipped the ball to Gavan Holohan, who unleashed an unstoppable drive that rocketed in to the top corner, leaving Stephen McGuinness helpless. 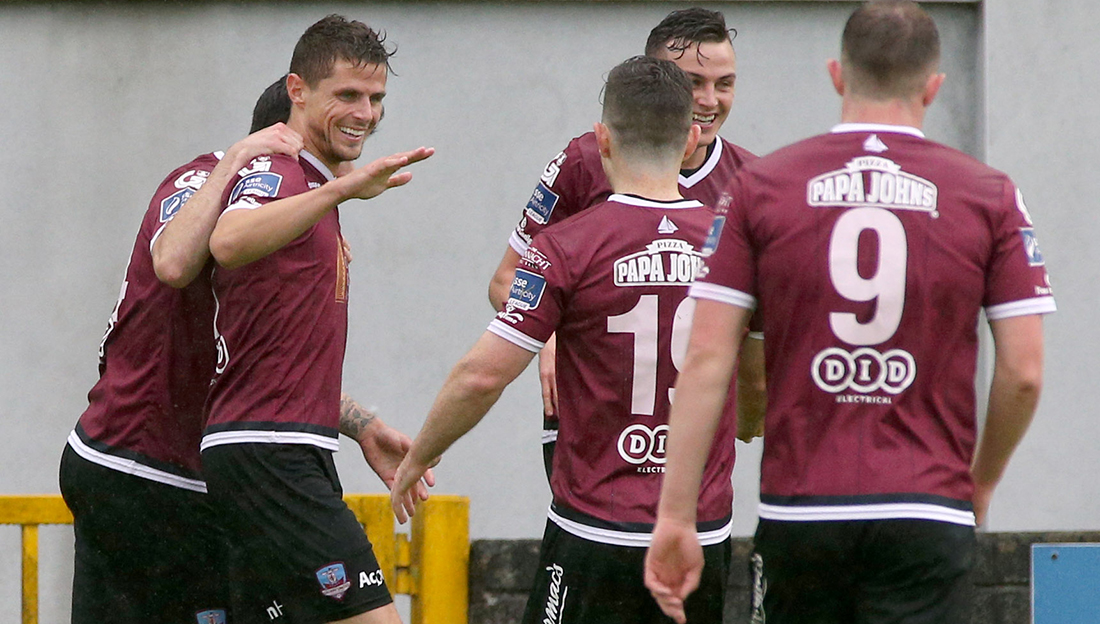 Adam Wixted, who scored twice against Galway United in May, tried to drag his side back into the game when he cut in from the right and aimed a shot at the far corner, but Conor Winn was equal to his effort.

Gavan Holohan went close to sealing his hat-trick before half time, the midfielder made a crisp connection with Marc Ludden’s corner, but he failed to keep the ball down.

Drogheda’s best chance of the half fell to Thomas Byrne, who got in behind Lee Grace and Stephen Folan and he looked to manufacture space for himself to shoot but United captain Colm Horgan anticipated the danger brilliantly and he made a crucial intervention.

On the hour mark, a fantastic team move almost culminated in a deserved third goal for the home side. Ronan Murray whipped a cross into the box and Padraic Cunningham tried an inventive back-heel but Stephen McGuinness denied him. 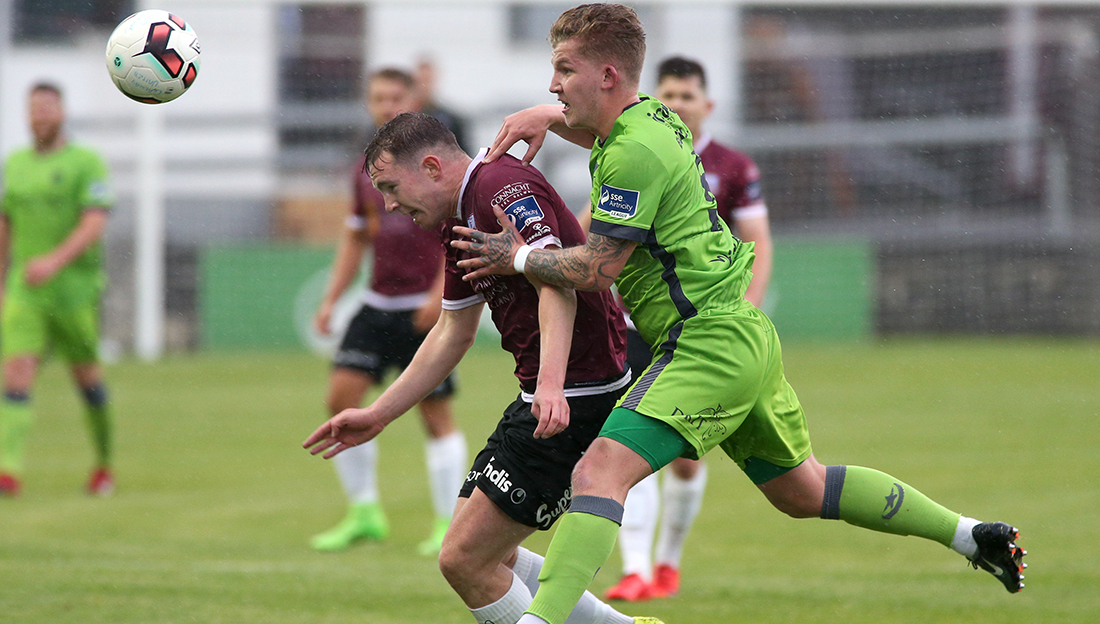 Drogheda pulled a goal back with 15 minutes left on the clock when Stephen Elliot headed home from Sean Brennan’s free-kick.

Holohan was not to be denied the match ball however! Eoin McCormack rolled the ball back to the Kilkenny man after Drogheda goalkeeper McGuinness had rushed from his line and stopped his run at goal and Holohan showed a deft touch to lob the ball over the goalkeeper and seal a hat-trick of real quality.

Lee Grace put the icing on the cake in injury time when he nodded home Conor Melody’s corner-kick.