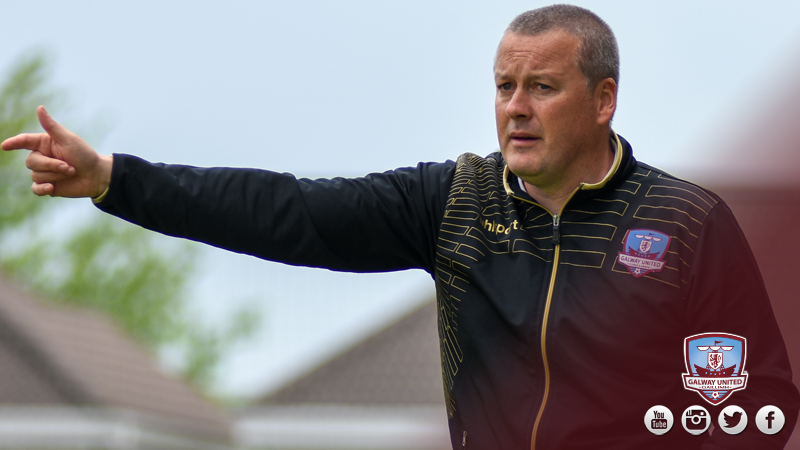 Galway United came from behind at Dalymount Park to secure a share of the spoils on Friday night.

Ismahil Akinade fired the hosts in-front after 10 minutes, but the goal shocked United into life and the Tribesmen went on to dominate the rest of the half and parity was restored on the half hour mark through captain Ryan Connolly.

Tommy Dunne was content with a point departing Dalymount Park.

“We weren’t as quick with our play in the second half and it caused us a few problems,” he asserted.

“When you’re playing in Dalymount, it’s difficult to get out, but I thought we were the better side in the first half. We had some great chances and some good play, their keeper played quite well.

“We’ve come here, it’s the first time we’ve picked up a result in Dalymount Park for a while, they’ve been dominant against us here. At home against them, we’ve been fine.

“It was encouraging, I thought Paul Sinnott was outstanding at the back and Stephen Folan was outstanding alongside him. The midfield trio worked quite well. There is a couple of players who are only getting back up to speed, Stephen Walsh has been out for 8 weeks, Kevin Devaney has been out for a while. Overall I’m satisfied with the first half, but a bit disappointed with the second half.”

United slumped to a 2-0 defeat against Bohemians in the Irish Daily Mail FAI Cup at the end of May and there was a marked improvement in the Tribesmen’s performance.

“Dalymount Park is a tough place to come to. They’ve been in a good vein of form. Picking up a draw is grand, but you have to make sure that when you’re at home, you have to win your games. We showed a bit more about us and a bit of character.

“There was a bit more guile and hardiness about us. We need that every week, that’s the game. That’s a fundamental element of your play. As long as we continue that, that’s the main thing,” Dunne concluded.