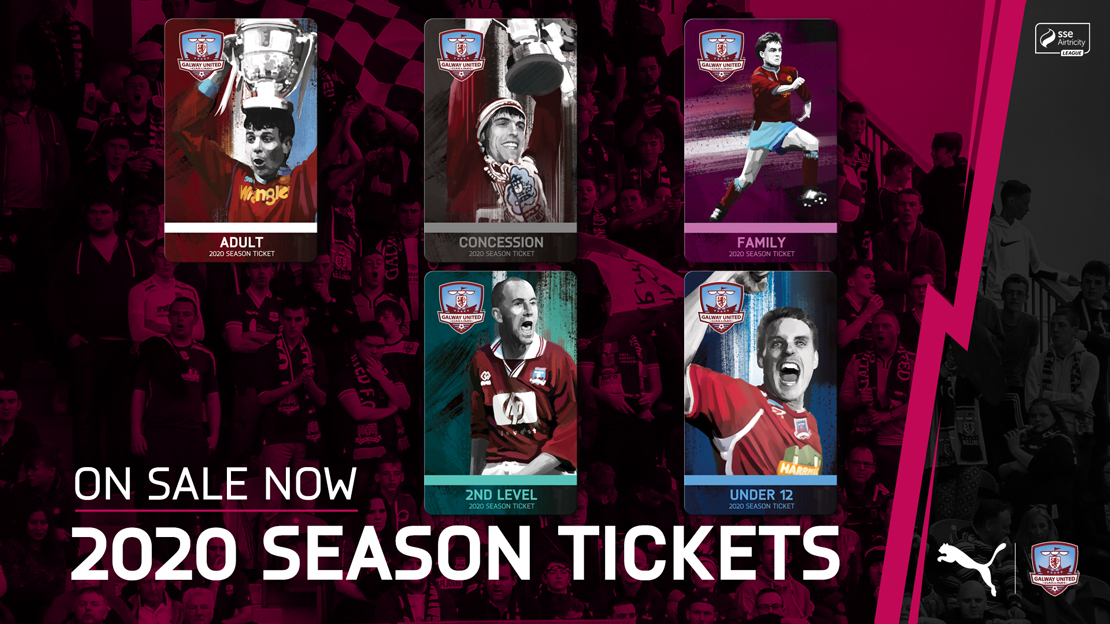 We have extended our early bird Season Ticket offer until the 10th of January – We want to see you at Eamonn Deacy Park in 2020 getting behind Alan Murphy’s exciting squad!

Our Early Bird offer will allow our supporters to make saving on their Season Tickets, compared to paying into Eamonn Deacy Park on a match-by-match basis.

Uncertainty surrounds the makeup of the First Division in 2020 with a 9 or 10 team league being considered, which means there could be a 27 or 32 game season.

The club has decided to give supporters an opportunity to purchase their Season Tickets at a cut-price for a limited time only, with Season Ticket pricing being reviewed after the league structure is officially confirmed.

WHERE TO PURCHASE YOUR 2020 SEASON TICKET

Purchasing your Season Ticket online has never been easier and quicker, just click "BUY NOW" to be re-directed to our online shop!
BUY NOW