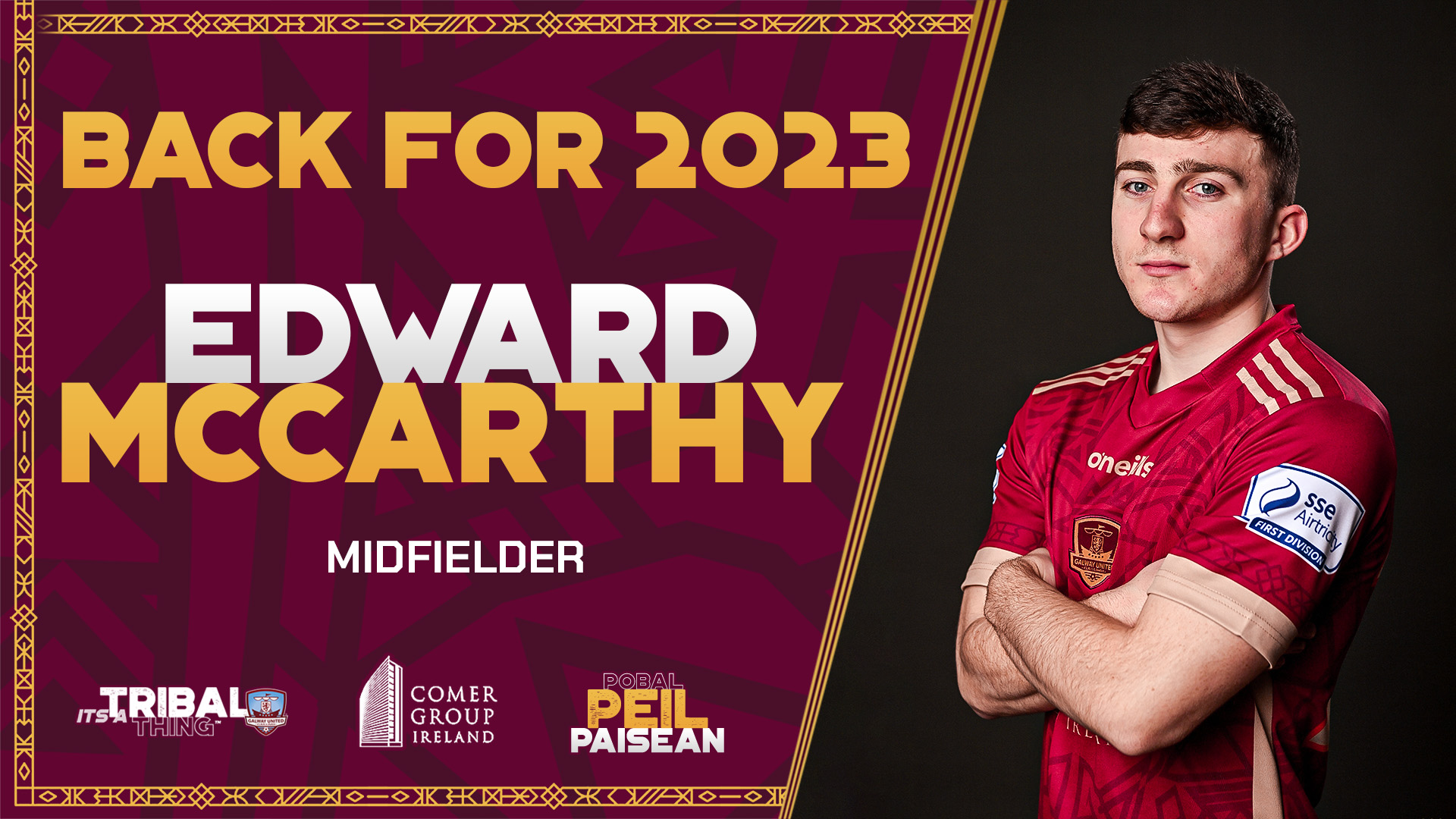 Galway United are delighted to announce that Edward McCarthy has re-signed for the senior men’s team ahead of the 2023 season.

The 21-year-old midfielder has committed to The Tribesmen for at least a further season after an impressive debut campaign at Eamonn Deacy Park.

The former Treaty United man made 32 appearances in all competitions for United last season, scoring three goals and assisting a further three times. 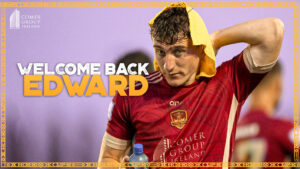 A stand-out performer last season, McCarthy shone in roles across the midfield and also slotted in at full-back on occasion.

Speaking to the club’s media team, Edward says he is looking forward to kicking on in 2023:

I’m delighted and I’m looking forward to getting started already. I really enjoyed my first season with the lads, it was an amazing experience. Hopefully this season will be enjoyable as we push for promotion.” 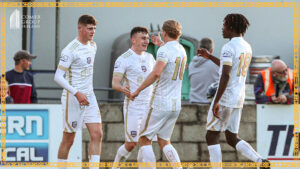 Edward McCarthy celebrates after scoring against Cobh Ramblers in May. Photo by Michael P Ryan/Sportsfile

Edward enjoyed some incredible atmospheres in his first season at Eamonn Deacy Park, in what was his first experience of playing in front of unrestricted crowds at senior level.

After getting a taste of the effect that a full house in Terryland can have on the team’s performance, Edward is excited for more of the same in 2023:

We all love the big crowds in Eamonn Deacy Park, last season the crowds were amazing. The fans have been unreal with their home and away support, they backed us all the way. We thrive in the big crowds, it makes us want to play better. The support really helps us on the pitch.”

Edward McCarthy is on board for 2023 and there’s plenty more to come as we look to continue building our squad for next season. Keep an eye out on our social media for updates!