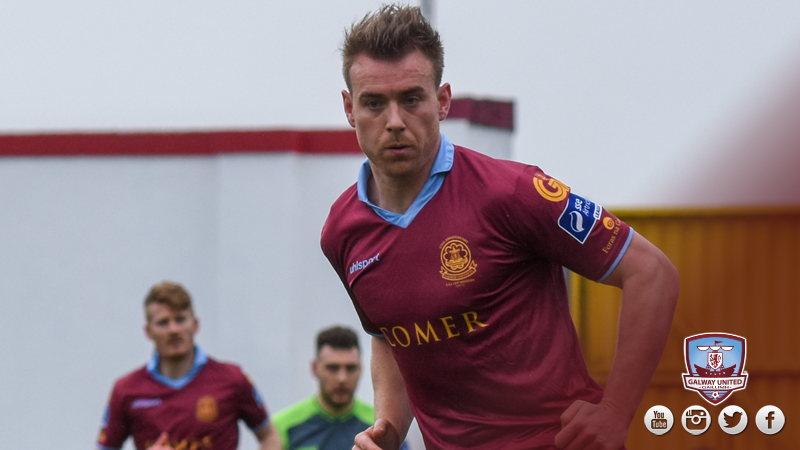 Vinny Faherty’s strike in the 78th minute was enough to secure the three points on offer against Bohemians at a windswept Eamonn Deacy Park on Saturday afternoon.

Faherty’s subtle finish, his 3rd of the 2016 season, rounded off a well-worked team move and it gave the Tribesmen a deserved lead after an improved second half showing.

Speaking to www.galwayunitedfc.ie after the game, Faherty was quick to praise his teammates application against the Gypsies.

“It was a fantastic ball from Walshy, and then the cross in from Padraic Cunningham was unbelievable, he left it on a plate for me and I suppose that’s your job as a striker to get on it.

“It was a complete team goal, it was very satisfying because it was a terrible game to be honest.

“I thought we got on top of them in the second half and we had the better chances. We came close a few times. It was a bit like Derry, but in Derry we didn’t grind it out and today we did and that was the pleasing aspect.

“Tommy Dunne said we can learn from what we did up in Derry and come out and battle harder and I think he felt we were the better team and our quality would shine through if we matched their work rate and I think it did in the end.” 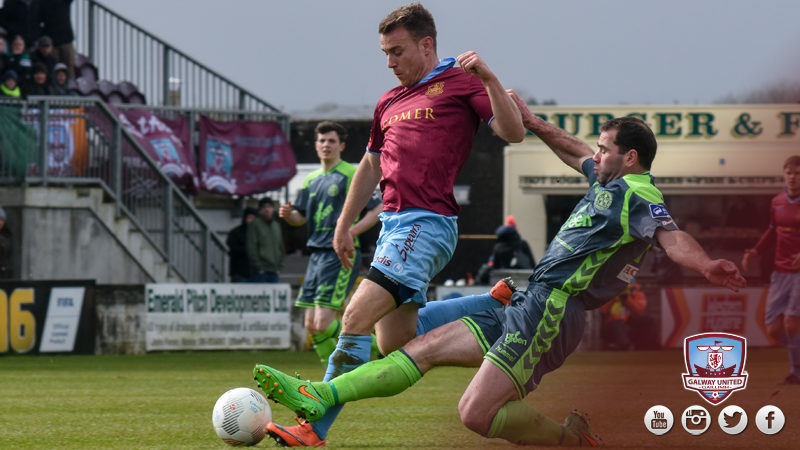 The win propelled United into third place in the Premier Division table and Faherty insists expectations are high within the squad.

“They’re all really good lads, I think any Galway team I’ve been in before has been the same but probably too nice, we’ve a bit of a ruthlessness in us,” he explained.

“We’re all nice guys but we’re very driven. People ask me are you enjoying it? To be honest at times no because you can’t because of the rise in standard. It’s great.

“When I was at Pats and Dundalk it was like that. You couldn’t come into training and be relaxed. You have to be at it and it’s the same this year which is brilliant. We’re looking up the table, we want to be up in the top 4 or top 5 and that’s a minimum requirement for this group.