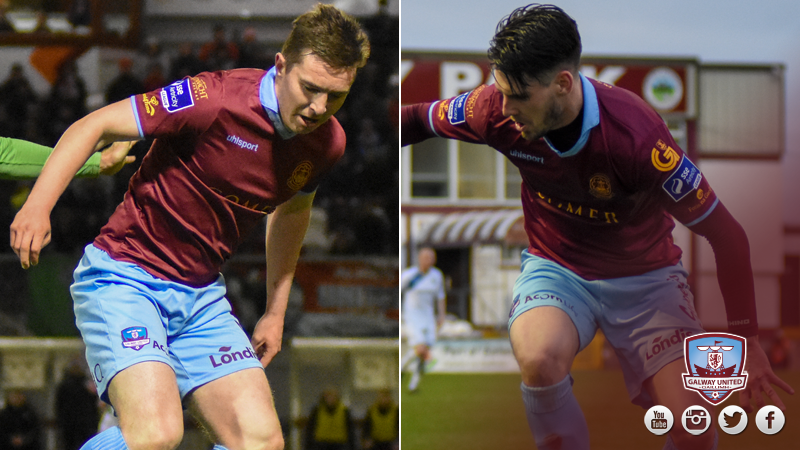 United were dealt a blow with the news that Padraic Cunningham and Stephen Folan will sidelined for an extended period.

Centre-half Folan was forced off against Wexford Youths at Ferrycarrig Park with a back injury and Padraic Cunningham injured his knee only moments after coming on as a substitute against Longford Town.

Club physiotherapist Emmett Hartigan gave an update on both players situations ahead of a busy week for United.

Stephen Folan | Unfortunately suffered a recurrence of an old intervertebral disc herniation in his lower back during the Wexford Youths match. This was confirmed by MRI scan several days later and Stephen was sent to see a specialist. He was given an epidural and a nerve block last week which has improved his pain and function greatly. His rehabilitation has only started in earnest this week due to the pain levels and severity of his injury. Due to the complicated history of his injury, Stephen is expected to be out for at least 2 months and will undergo extensive rehabilitation.

Padraig Cunningham | May have damaged the repair to his cartilage which he had operated on last season. He has an appointment to see a specialist this week and will have a scan once the acute inflammation has settled. A treatment plan will be established once the diagnosis is confirmed.

Tommy Dunne spoke to www.galwayunitedfc.ie about the disappointment of losing both players to injury.

“It’s a cruel blow for Stephen and Padraic,” he explained.

“This is why we tried to assemble a competitive squad. You look at the situation with Padraic Cunningham, he’s only returning from a long lay-off, it’s disappointing for him.

“You’ve got to have a group of people that can cover each other. Stephen is also a big loss to us, he was doing well and he had just recovered from a broken toe also. We don’t want them to be out, but this happens and you do get unlucky with injuries, that’s why a squad is required.

“We’re really hoping Stephen and Padraic can get back as quickly as possible, but the squad is there to cope. But it is a big blow.”