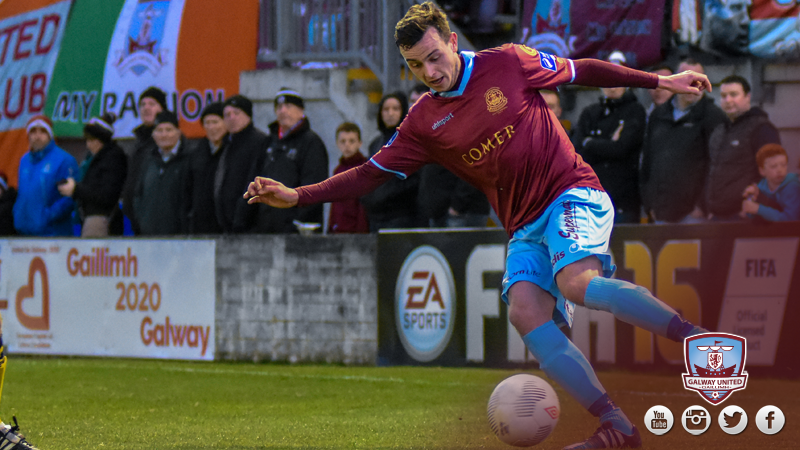 Galway United will contest a place in the EA SPORTS Cup semi-final on Tuesday evening at the Markets Field. Kick-off: 7.15pm.

Tuesday’s opponents Limerick have won nine out of nine games in the SSE Airtricity League First Division, scoring 40 goals in the process.

The Tribesmen have also made a solid start to the 2016 season, they currently sit in 4th position ahead of a trip to Oriel Park on Friday night.

TOMMY DUNNE | “WE’LL BE GOING ALL OUT TO WIN BOTH CUP GAMES.”
“It’s a tough draw,” Dunne remarked.

“No disrespect to anybody, but Limerick have the luxury of being able to play who they like, considering what’s happening in their league campaign.

“We expect they will have a full team out tomorrow and they’ll be going for it. We’ll be going with a strong group ourselves so we’re under no illusions, it’s a tough match, but the pitch is good and big at the Markets Field and I think the players are looking forward to the game.

“We’ve got to get the balance right ourselves, we have a good group this year. Whoever we put in we expect them to do the job, but in saying that, we’ve got to make sure we don’t overextend too many players.

“We’ve learned a little bit, but we’re up against a tough team and we’re going to try win, but overall we’ve got two tough draws but we’ll be going all out to win both Cup games.”

TEAM NEWS
Tommy Dunne has several injury concerns ahead of Tuesday’s trip to the Markets Field.

Stephen Folan (back injury) and Vinny Faherty (concussion) will not feature against their former club.

Padraic Cunningham (knee) is facing a spell on the sideline after injuring his knee against Longford Town.

Kevin Devaney (leg) is on the road to recovery but extreme caution is being exercised in his rehabilitation.