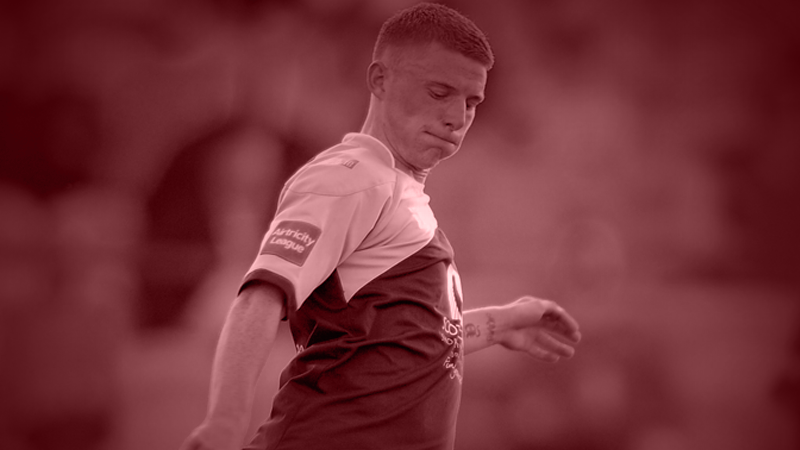 Eric Foley was pleased to get 65 minutes under his belt in his first outing for Galway United.

The 26-year-old midfielder signed earlier in the week and he was thrust straight into the centre of the park alongside Kilian Cantwell.

United ran out 4-0 winners against Longford Town at the City Calling Stadium and Foley felt it was a worthwhile exercise.

“Overall, I’m very pleased. My fitness levels were fine, I’ve been doing my own work in the gym but this is obviously totally different but it was great to get back out on the pitch again.”

Both sides experimented with their lineups and the midfielder was impressed by the strength in depth available to manager Tommy Dunne, despite 10 players being unavailable for selection.

“Everybody is preparing for the league, so they’re playing strong teams. We both made changes but a game is a game, you’re playing 11 v 11 and I felt we performed at a good level. We played some good football in stages of the game and grabbed a few well-worked goals.

“We have another test on Saturday against Limerick and then hopefully that will bring us into Friday against St Patrick’s Athletic in good form.”

“It’s a nice pitch at the Markets Field and it’s big, so it will be a good test for us and we’ll get some valuable minutes before the new season. My aim is to continue building my fitness levels and as a group, we’ll be treating it like any normal league game.”

The former Athlone Town midfielder received a warm welcome from his new teammates on his return.

“I’m settling in fine. It was nice returning and shaking hands with all the lads. I’ve obviously trained with the club before so it was good to catch up and I was welcomed back into the group, which is always nice for a new player.”