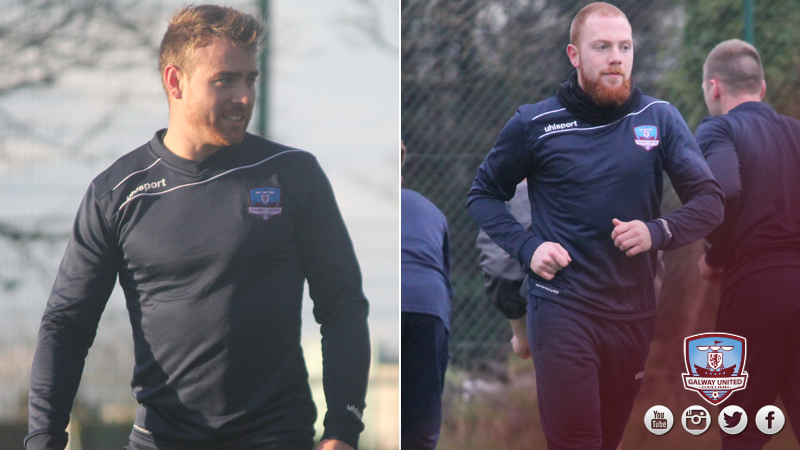 The Tribesmen made changes of their own and Tommy Dunne was forced to shuffle his pack because of Collingwood Cup participation and short-term injury niggles in his squad.

Two goals in each half from Ryan Connolly and Vinny Faherty sealed a comfortable win in the Midlands.

Longford Town mustered two early chances through front-man David O’Sullivan and Kealan Dillon, an off-season arrival from Bohemians. In the second minute, O’Sullivan made space for himself just inside the box but he leaned back and skied his effort.

Kealan Dillon then pounced on a loose ball 20 yards from goal and the midfielder let fly, but his shot was wayward.

Enda Curran, operating in a wide-right role, provided an inviting cross from the byline, Faherty rushed to the near post and he met the cross, shooting hard and low but Longford goalkeeper Ian Molloy swept the ball away with an impressive reaction save.

On the half-hour mark, Faherty atoned for his earlier miss with a composed finish. United skipper Ryan Connolly showed great awareness to knock the ball down and Faherty made a crisp connection, blasting into the bottom corner.

United grew more and more into the game and a second goal arrived on the stroke of half-time. Vinny Faherty returned the favour, teeing up Ryan Connolly, and he slotted past Ian Molloy with confidence.

Second half substitutions disrupted the flow of the game somewhat, but United got back on top in the second half and it wasn’t long before the lead was extended again.

Ryan Connolly peeled off the last defender and he was located with a perfect ball over the top, he showed great composure to hold off Longford defenders, then he rounded Ian Molloy and rolled the ball into the net.

Kilian Cantwell played a probing crossfield pass to Jesse Devers, who broke through on goal, he shot low, drawing a save from Molloy. The rebound fell to Vinny Faherty and he saw two shots blocked down before Longford could clear the danger.

Faherty wasn’t to be denied though and he grabbed a brace in the 89th minute. Winger Jesse Devers set Faherty up and his shot took a deflection en-route to goal, allowing the ball to nestle in the far corner of the net.