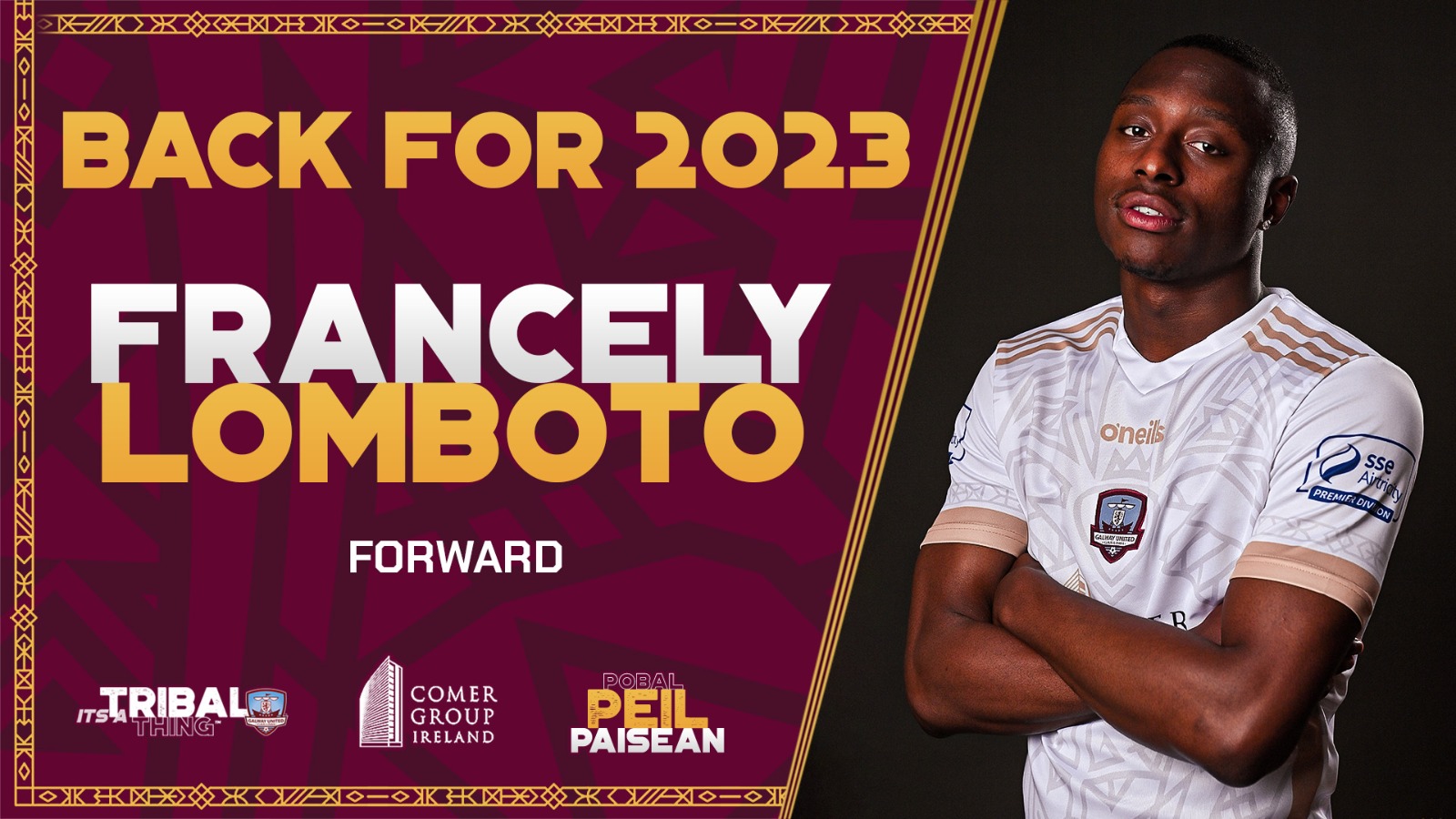 Galway United are delighted to announce that Francely Lomboto has re-signed for the senior men’s team ahead of the 2023 season.

The 22-year-old has committed to The Tribesmen for 2023 and heads into his third season with the senior men’s team at Eamonn Deacy Park. 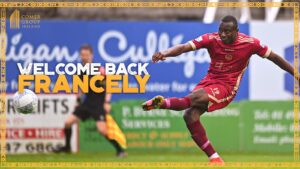 The pacey attacker has made 33 appearances for United in all competitions, scoring five goals since his introduction into the first team under Alan Murphy in July 2020.

Lomboto joined the United Academy from Galway Hibernians and progressed through the academy ranks, lining out for the U17 and U19 squads before being promoted to the senior squad.

Speaking to the club’s media team, Francely spoke about what it means to re-sign for his hometown club ahead of the 2023 season and what he hopes to achieve next season:

Galway is a really special place for me and my family, so coming back to play in front of the fans in Eamonn Deacy Park was a no-brainer.

“Our aim this season is to gain promotion of course, obviously we were very close to doing that this year, but we fell a little bit short in the end and I think we can all agree that everyone was disappointed with that.

“But the main thing for us is how you react to that, and to try and turn things around next year. I think we’re ready to do that in 2023.”

Francely has caught the eye of the United support with his blistering pace and his ability to help drive the team up the pitch.

The fan-favourite was sidelined in 2021 due to a horror injury he sustained in a pre-season friendly v Wexford F.C.

Last season, Lomboto made a comeback from his injury and made 23 appearances in all competitions, scoring three goals and assisting two.

Francely Lomboto has returned for 2023, and there will be plenty more announcements as we look to continue building our squad for next season. Keep an eye out on our social media for updates!