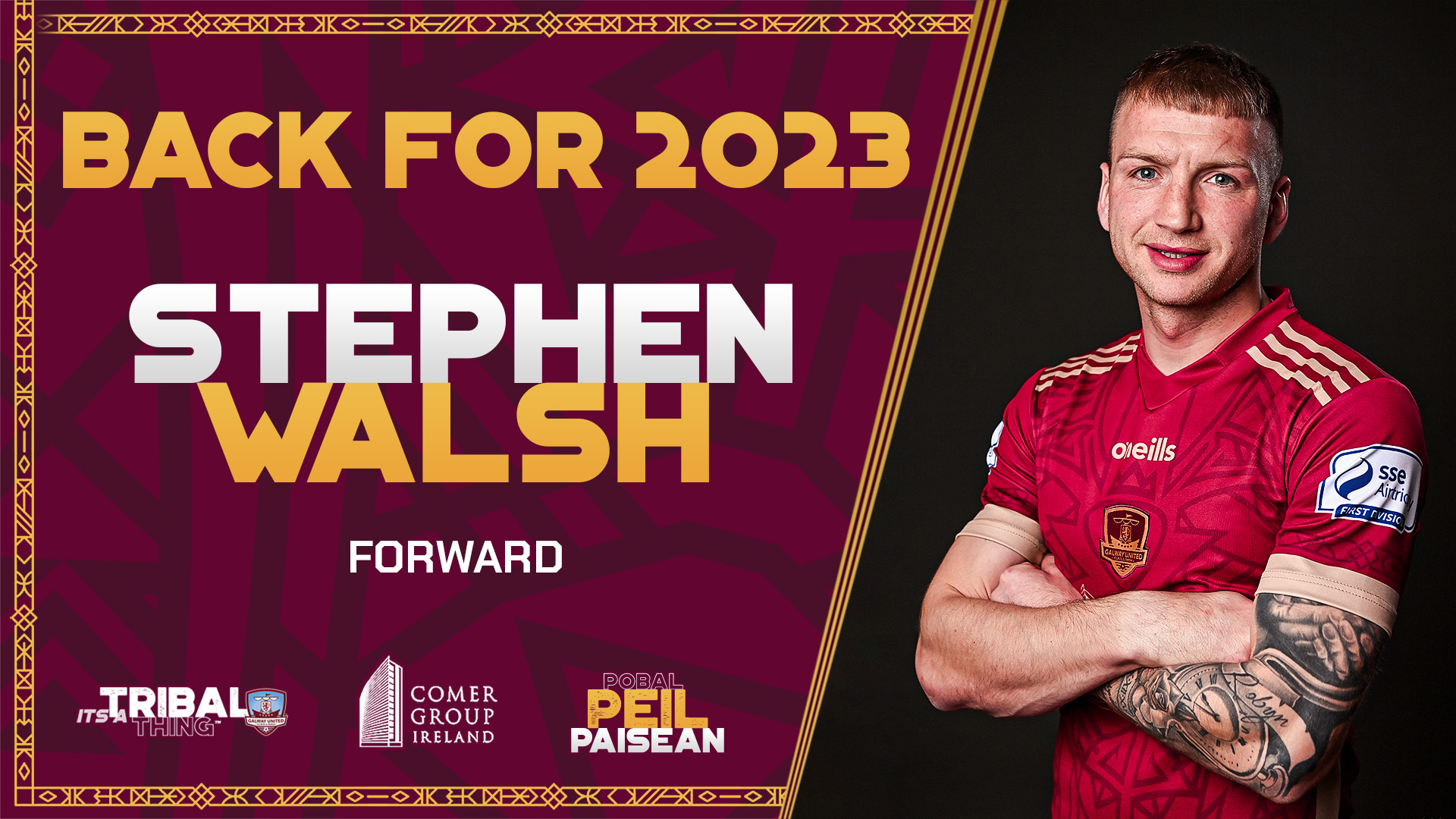 Galway United are delighted to announce that Stephen Walsh has re-signed for the senior men’s team ahead of the 2023 season.

Last season’s top scorer has committed to The Tribesmen for 2023 and heads into his tenth season at Eamonn Deacy Park.

The Galway native has made 258 appearances in all competitions for United, scoring 29 goals in that period – including 18 goals in 2022. 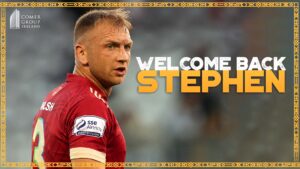 Stephen Walsh in action against UCD during an FAI Cup encounter in August. Photo by Jim Keogh.

Walsh has been a staple of Galway United sides since his first spell with the club in 2010.

His position has varied throughout the years, having operated across both defensive and attacking lines for The Tribesmen.

Initially signed as a left-back under John Caulfield in 2021, Walsh became a focal point of United’s attack at the beginning of the 2022 season after a late equaliser off the bench against Waterford FC.

17 more goals and a place in the PFAI First Division Team of the Year later, Stephen has firmly established himself as one of the most dangerous players in the division.

Speaking to the club’s media team, ‘Walshy’ gave his reaction to re-signing and outlined his aims for next season

First and foremost I’m delighted to be back for next year, home is where the heart is and always will be.

“I would just like to thank my boss, Sean Cullinane from Marvoy Office Supplies, for being so good with letting me train full-time, for that I’m grateful.

“My ambitions for next season will be to score more goals than I did last year and get this massive club back to where it belongs. I’m asking all the fans to get behind us this year because it’s going to be a special one.” 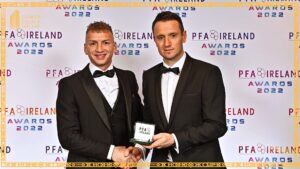 Stephen Walsh has returned for 2023 and there will be plenty more announcements as we look to continue building our squad for next season. Keep an eye out on our social media for updates!