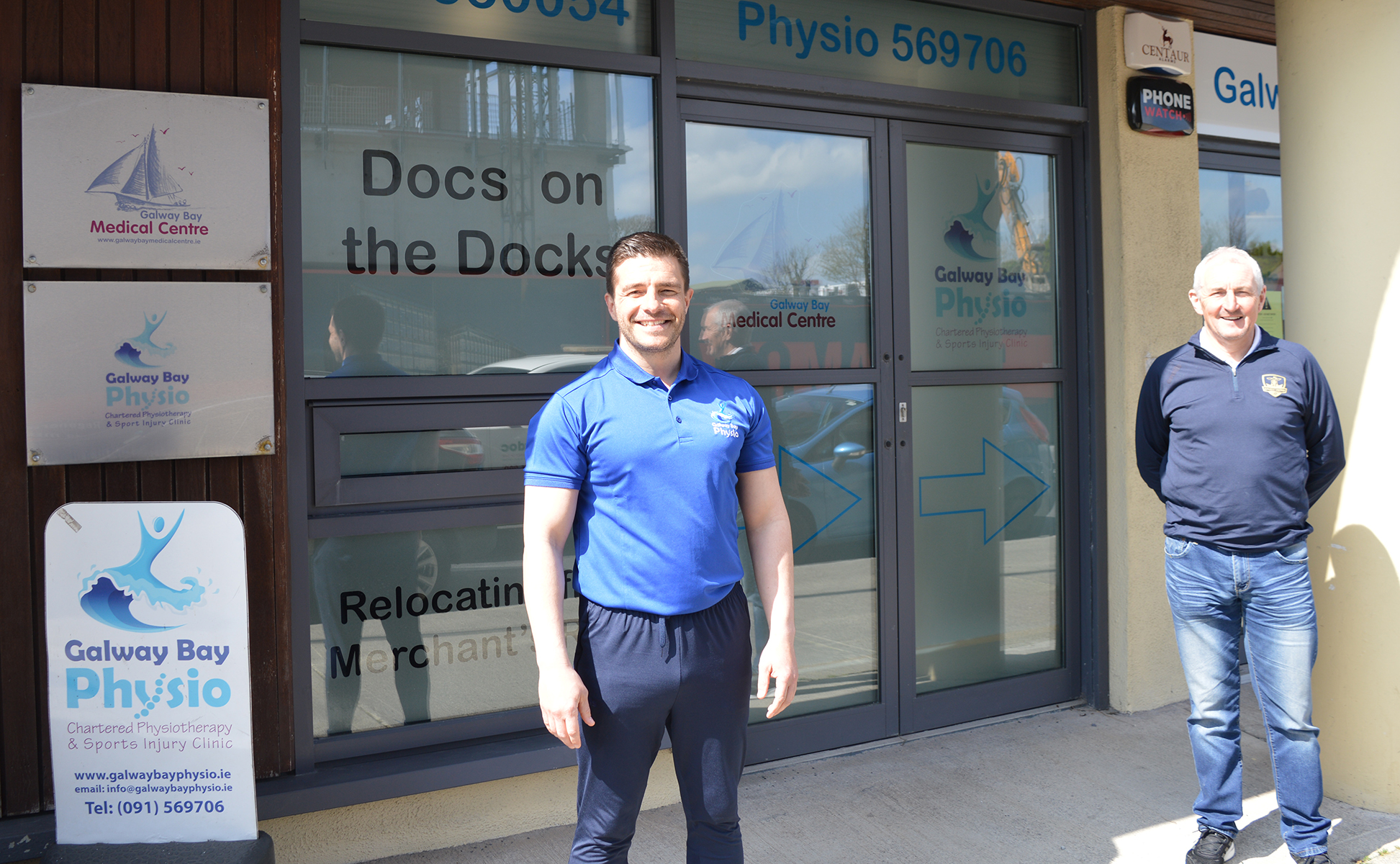 Ciaran has been a lifelong fan of Galway United FC and is only delighted to keep all our players match fit and ready for every game. Ciaran’s own nephews Shane Keogh and Aidan Coyle have both played for Galway United. Shane playing with the senior team in the 2010/2011 season, while Aidan played for the Under 19s.

Galway Bay Physio is a friendly and forward thinking chartered physiotherapy clinic with an emphasis on providing a high quality service to the people of Galway and the surrounding area. They are situated in Galway Bay Medical Centre’s premises on Dock Road, Galway City, in District Health and Fitness, Athenry and in the modern Arlington House Medical Centre in Oranmore, Co. Galway. They offer a variety of individually tailored hands-on treatments and rehabilitation programmes to ensure best possible outcomes are achieved for everything from back pain to neck pain, whiplash, neck and back disc pain, foot pain, sports injuries, and chronic conditions.

Speaking at the photocall at their Dock Road clinic “Since I was young, I have been attending games in Crowley Park, the Sportsground and Terryland Park and have always taken a keen interest in the fortunes of Galway United. I am delighted to now provide care to all the players within the club, from stars of the future in the Under 14s to League of Ireland professionals in John Caulfield’s squad. Our primary objective is to ensure all players are given the best possible treatment and keep them match fit. Hopefully with our help, we can be challenging in the Premier Division next season.” – Ciaran Coyle, Founder and Owner Galway Bay Physio

“Having local companies like Galway Bay Physio supporting us invaluable. Not only do Ciaran’s clinics have amazing facilities, but he is also a massive Galway United fan and wants to see us back in the Premier Division as soon as possible. All 100+ Galway United players will be treated locally across their three locations: Galway City, Oranmore and Athenry. Ciaran’s team of physiotherapists are working closely with our club doctor, Dr Aidan O’ Colmain and the Bon Secours Galway to ensure speedy recovery for all players. I would like to thank Ciaran and his team for all their work.” – Francis Kelly, Commercial Manager, Galway United.