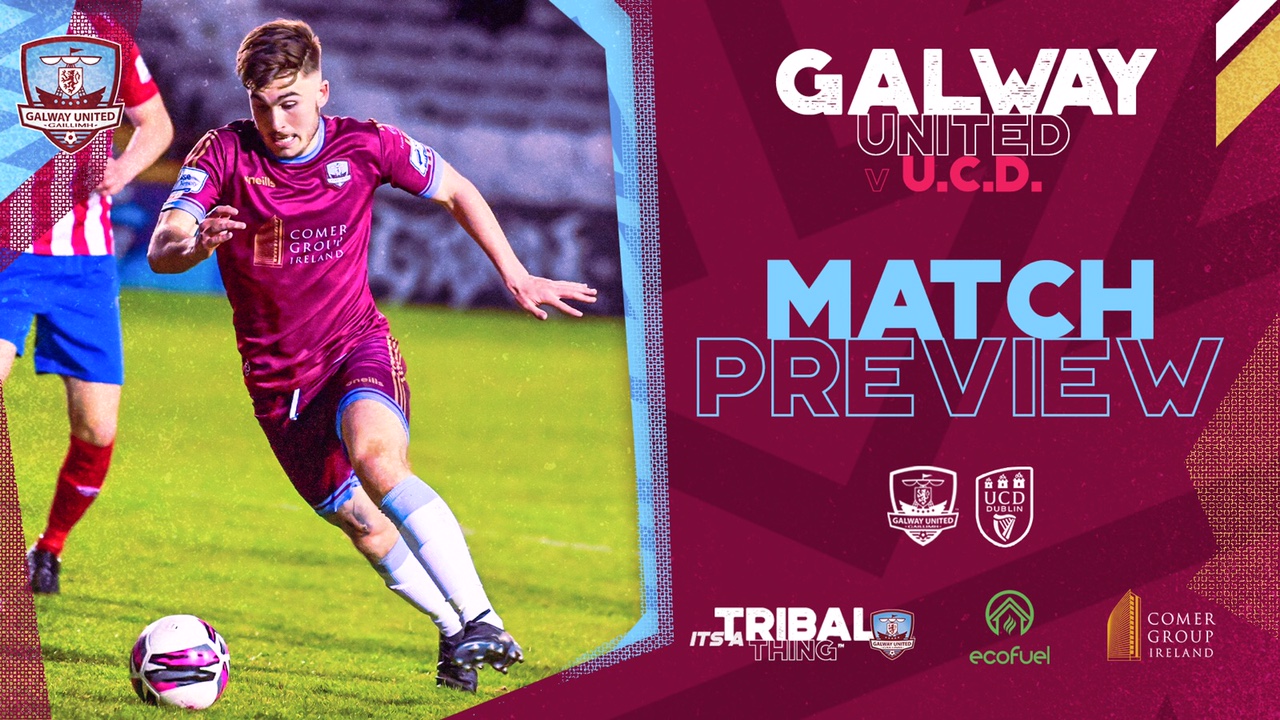 “I firmly believe that we can have a rewarding campaign, the players are working extremely hard, and they will deliver for Galway United.” – John Caulfield, Manager

Galway United host UCD at Eamonn Deacy Park for their third home game of the season on Friday with kick-off at 7.45pm.

United snatched a last-minute Wilson Waweru equaliser to draw 1-1 against Treaty United last week. The Tribesmen have earned two points from their three outings so far, two draws at home (Shelbourne & Treaty) and an away defeat to Athlone Town.

This week’s opponents, UCD, have begun their campaign strongly. The students are currently second in the league table and remain unbeaten after four games. Andy Myler’s side defeated Cabinteely 4-1 in their most recent fixture, with former Galway United man Donal Higgins getting on the score-sheet.

United manager John Caulfield is eager for his side to start converting their chances and is hopeful they can deliver on Friday evening.

“I think we need to be more clinical in converting our chances, especially when you have a team such as UCD coming to Eamonn Deacy Park,” Caulfield told the club’s media team.

“They have been heavy scorers, netting ten goals in four games so they will carry a real attacking threat. We have been creating opportunities, but we need to take more of them.

“It has been an extremely competitive start to the First Division season. That is evident every weekend, the games are proving to be extremely hard-fought.

“We know from last year that winning breeds confidence. So far the lads have been very close. The important thing for me is that if I thought we weren’t giving it our all or we weren’t working hard enough at training, but that hasn’t been the case.

“Ultimately, it is vital that we remain composed because we have put a brand new team together. I firmly believe that we can have a rewarding campaign, the players are working extremely hard, and they will deliver for Galway United.”