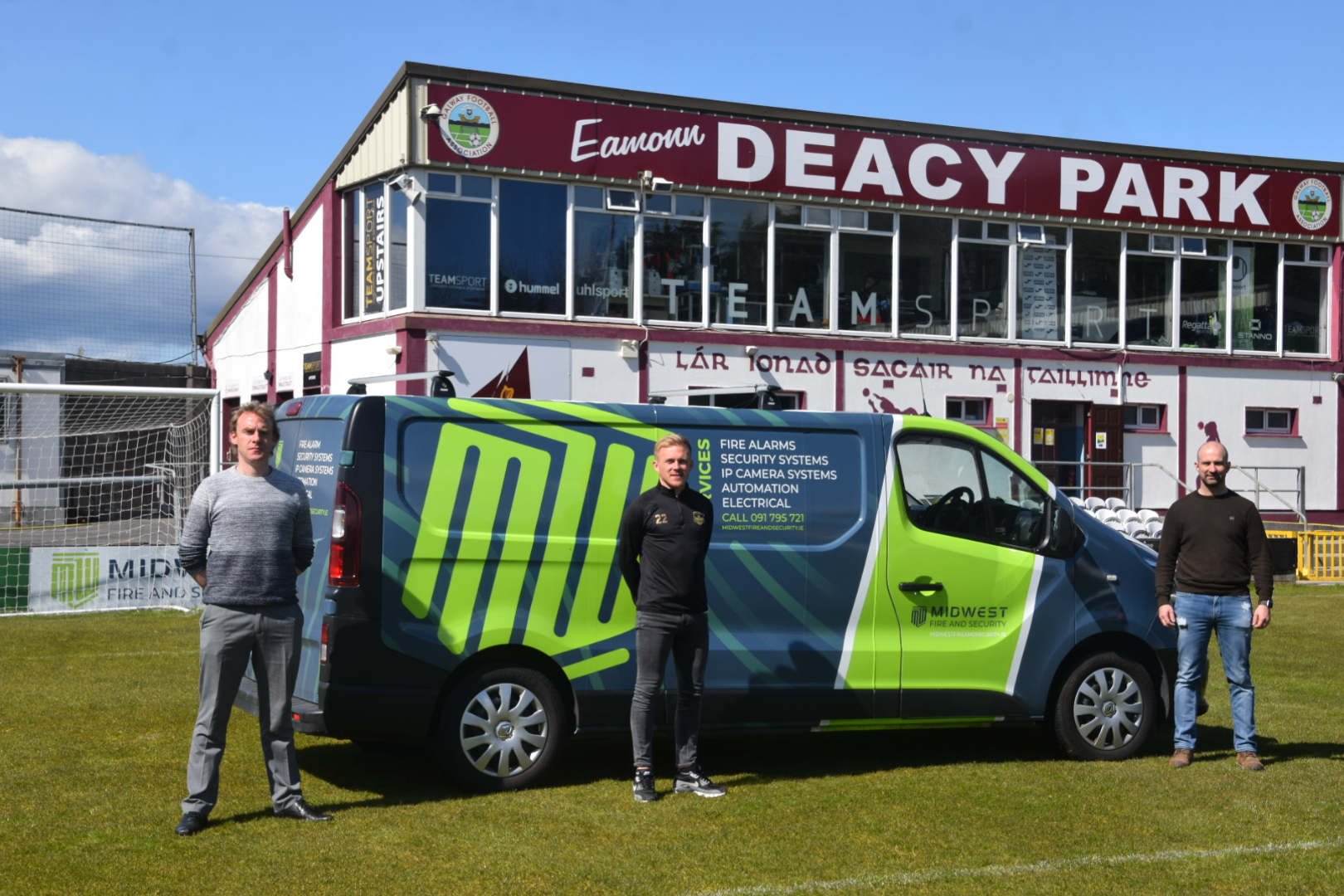 The Mernagh family continue their long tradition with United

Galway United FC is delighted to announce Midwest Fire & Security as Official Platinum Partner for 2021. Midwest Fire & Security are a well-known business locally having serviced Galway city and the wider community for over 10 years. Peter Mernagh, Midwest’s Managing Director is delighted to be part of the Galway United family for another year. The sponsorship agreement adds to an impressive list of new partners who have signed up this season in what is set to be an exciting year for the club.

Midwest’s connection to the club goes beyond that of a commercial partner, Peter’s own uncle Noel Mernagh, is a Galway United Legend having played for the club for 6 consecutive seasons in the 80’s and returned to the club again in the 1990 / 1991 season. Noel played the full 90 minutes in the famous 1991 FAI cup win over Shamrock Rovers in Lansdowne Road.

The company has been in operation for more than 10 years and have been engaged in an expansion plan which sees them delivering projects for clients in Limerick, Cork, Dublin from their head office here in Oranmore. Specialists in Fire safety systems, security and building access they have seen a steady increase in demand despite the recent disruption to business.

Speaking at the photocall at Eamonn Deacy Park “The team at Midwest are delighted to renew our partnership with Galway United. It’s a club we’ve enjoyed supporting for decades and to be part of helping fuel the future of the club and all that John, Francis and the board are trying to do here, it’s a very exciting time. Our business has been growing steadily over the past 10 years, it’s fantastic to see Galway United working with growing business to promote the local community and support Galway companies ” – Peter Mernagh, Managing Director, Midwest Fire and Security.

“Peter and the team at Midwest have always been close to the action here at Eamonn Deacy Park, Peter’s own uncle is a United legend and played here for most of the late ’80s. To have them commit to sponsoring the club for another season is a testament to the belief and the support surrounding the club this year, we’re delighted to have them on board” – Francis Kelly, Commercial Manager, Galway United.