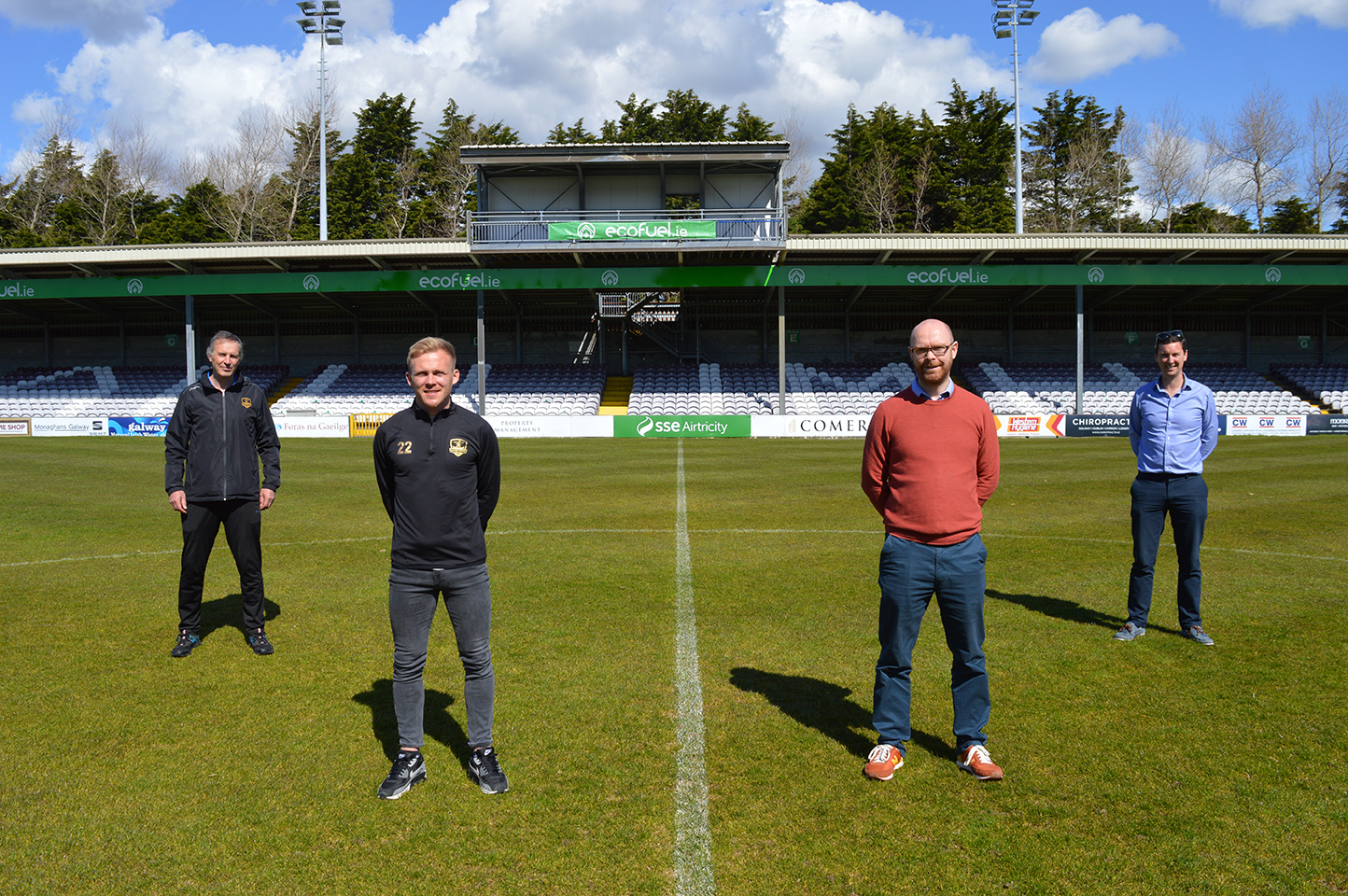 Galway United FC is delighted to announce Jigsaw, the youth mental health charity, as its charity partner for the 2021 season. Jigsaw is a community of professionals, supporters, and volunteers with a shared belief in an Ireland where every young person’s mental health is valued and supported. They offer a listening ear and give advice and support to young people aged 12 – 25 years-old in Galway, and right across Ireland. They also give families, teachers, and those who support young people’s mental health ways to cope and skills to be there for young people

As part of the partnership Galway United FC will be making a donation to Jigsaw, as well as working with Jigsaw on various fundraising for the charity. All proceeds from the sale of our digital match day programmes will go directly to Jigsaw. A series of initiatives are planned over the coming year as part of the collaboration, to help players, management, coaches and schools. Specific initiatives will be announced in due course.

Speaking at the launch Galway United’s 1st Team captain Conor McCormack said: “I am honoured to be an ambassador for this partnership with Jigsaw. Mental health is so important in modern society, with young people going through so much at the moment, particularly with the difficulties of Covid-19 and how it has affected everyone’s daily lives. I want people to know there is help and support out there and that they can reach out.”

Johnny Glynn, Head of the Galway United Academy added: “Young people need to look after their mental health and the service that Jigsaw provides is invaluable. I am delighted to see a partnership like this, to spread awareness and help those who may be struggling.”

Jigsaw Fundraising Manager, Justin McDermott said: “‘We are so genuinely delighted to be launching this partnership with Galway United.  It provides both Galway United and Jigsaw with a fantastic opportunity to raise awareness of the services and supports we provide young people in our community. It also will enable us to engage with Galway United first team players, academy players, coaching staff, supporters and the wider soccer community in Galway, on the role they play in supporting the mental health of the young people in their lives.  Young people need all our help, now more than ever”

Rosemary Killilea, Board Member of Galway United: “Jigsaw’s work throughout Ireland has impressed all of the board members and we want to partner with them effectively. Apart from the 1st team, our Academy has four teams with players ranging in age from 13-19. Physical activity like football is great for mental health and this partnership with Jigsaw will help highlight the resources out there for those in the Galway football community and beyond.”