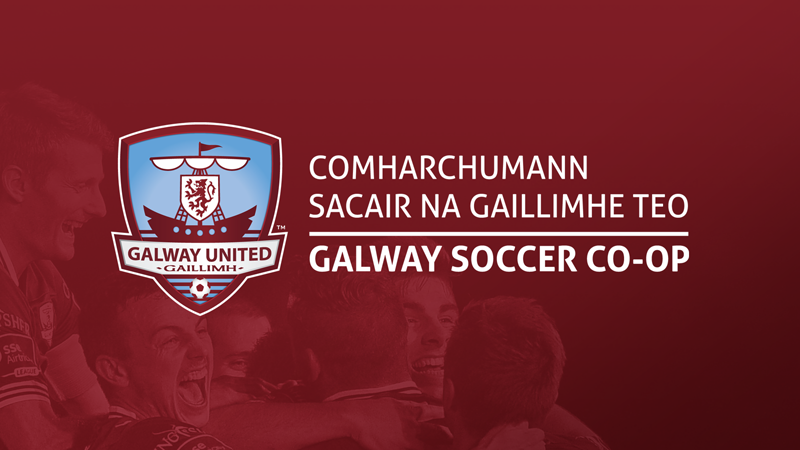 The Galway Soccer Co-op Annual General Meeting 2017 will be held on Monday, 20th February, in the Ryan room, Connacht Hotel, at 8:00pm.

As well at the items on the agenda below, we shall have both Galway United first team manager, Shane Keegan, and head of football development, Johnny Glynn, in attendance. Shane and Johnny will give a short presentation to the members for the season ahead.

There will also be a draw held on the night for everyone that attends where the prize will be a 2017 Galway United season ticket.

Under the rules of the society, one third of the outgoing board is obliged to step-down. The remaining board members can continue to serve on the board. Board members that step-down are eligible for re-election, only if willing. As a result, a number of new Board members will have to be elected on the night.

In addition, current (2016) paid up membership will entitle members to attend and vote at the AGM and to be proposed for election. Furthermore, it will also be possible for new members who join on the night to vote during the meeting.

Finally, Members can also pay their Membership for 2017 on the night, at this link, or at any home game in Eamonn Deacy Park.